[German]A good week before Microsoft's June 24, 2021 event to talk about the future of Windows, build 21996.1 of Windows 11 has been leaked to the Internet. It is admittedly a developer version that was created at the end of May 2021. However, this one allows a first look at what Microsoft is planning. Tthis version is reported as Windows 11 when installed.

On June 24, 2021, Microsoft plans to hold a conference starting at 5:00 p.m. German time, where plans for what's next for Windows kommet. will be unveiled (see also my blog post On June 24, 2021, the new Windows (11) will be introduced). About the naming "Windows 11" there were yes numerous speculations, see also the blog posts linked at the end of the post.

Now a developer version of the new Windows with the build 21996.1 has appeared on the Internet on a Chinese forum site and then spread quickly on the Internet. 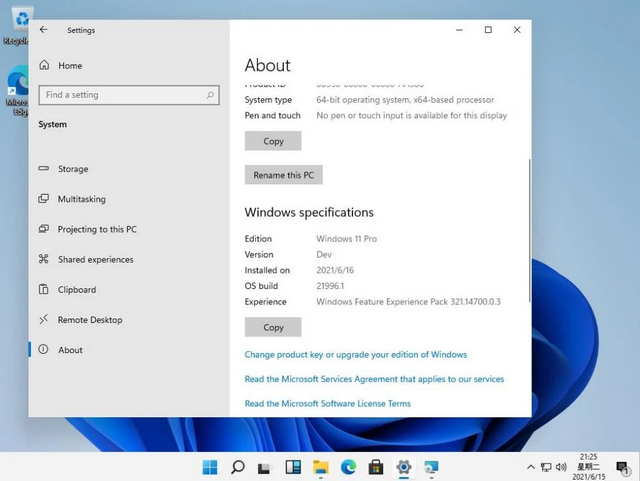 The most important information is in the above image with the screenshot of the build in question. There, a Windows 11 Pro is listed as an edition. That means the speculation about a Windows 10 successor, which will be called Windows 11, were not that wrong.

Note: It is of course possible that someone has modified the ISO in such a way that the XML file for displaying the Windows 11 name has been patched. We will probably only know for sure on 24.6. See also this article. Although KrabOnSecurity has posted this tweet with a correction.

And I would also advise against "trying it out" as long as the source is not microsoft.com. If someone intend to try a test within a virtual machine, this probably will fail due to missing TPM 2.0. But there is a workaround, mentioned within this tweet.

New features on the user interface

It's been known for a long time that the upcoming Windows version will get an overhaul of the user interface, which Microsoft code-named Sun Valley. Once there, the menu styles (context menus) are to be unified. In addition, windows with rounded corners are planned. Furthermore, it is said that Microsoft also wants to take over elements from the abandoned Windows 10X development into upcoming Windows versions. In the screenshots, it already becomes clear where the journey will lead. While the picture above still shows the old window layout, the Start menu in the following screenshot already shows the rounded corners of Sun Valley. 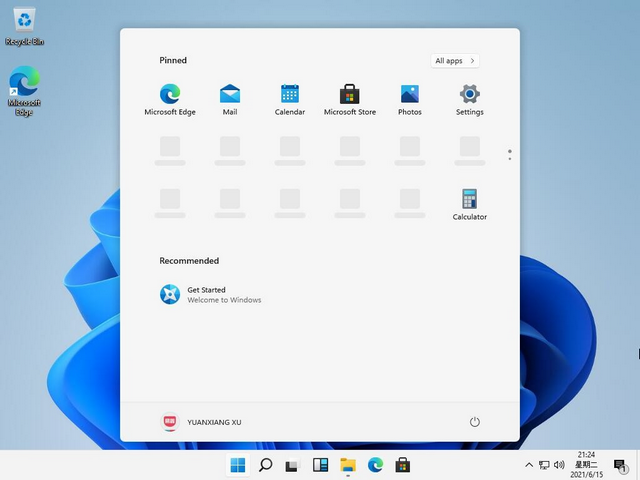 The Start menu has been greatly simplified and now only contains a few icons. The taskbar buttons are centered. All borrowings that have been taken over from Windows 10X. A number of screenshots from the Chinese source can also be found at MS Power User.

The above video from Windows Central gives a rough overview of the new Windows 11 – which is very close to Windows 10. By the way, the Start menu can be reset to its classic form via the settings. Neowin.net has published a series of screenshots showing new elements. The colleagues from deskmodder.de have also published a series of screenshots showing the installation of the new Windows version in this article (thanks to Canouna for the hint). There, the Start menu is already shown in the classic display on the left edge. In the article of the colleagues there is also a link to download the ISO in question.