For Windows 10 version 21H2, Microsoft has focused on improving the productivity and security of the operating system. The changes are therefore very limited. The innovations that Microsoft has already mentioned in articles read modestly:

But Microsoft did include more new features in Windows 10 21H2, which they've enlistet in a separate tech community post for IT pros. The following tweet points to the article. 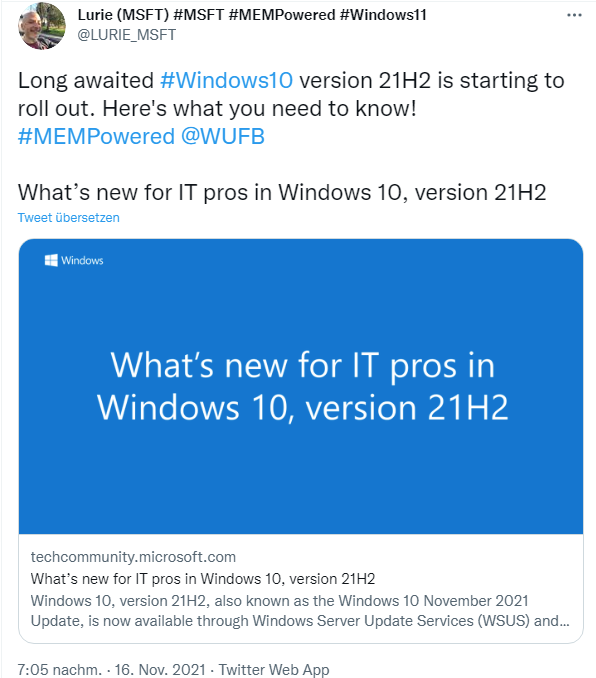 In addition to the change of the upgrade cycle from semi-annual to annual feature updates (alignment with Windows 11), which was already mentioned in my post Windows 10 November 2021 Update (21H2) released, there are other highlights. For example, Microsoft has also announced the availability of Windows 10 Enterprise LTSC 2021 in the Long-Term Servicing Channel. Other new features:

To support the release of Windows 10, version 21H2, Microsoft has released updated versions of the following tools:

This entry was posted in Windows and tagged Windows 10 21H2. Bookmark the permalink.