[German]The manufacturer QNAP has released a firmware update for its QTS 5 shortly before Christmas. The update closes some vulnerabilities. A log4j vulnerability in QNAP software was also reported. Furthermore, the user community of QNAP NAS drives is currently probably suffering from cyber attacks.

German blog reader Stefan K. contacted me via email on 12/24/2021. He has IT on-call duty over the holidays and thus became aware of a firmware update. Stefan wrote to me:

Maybe the info will help someone.

Happy holidays and a happy new year to you!

In addition, I recently came across the following tweet reporting ongoing attacks on QNAP devices. 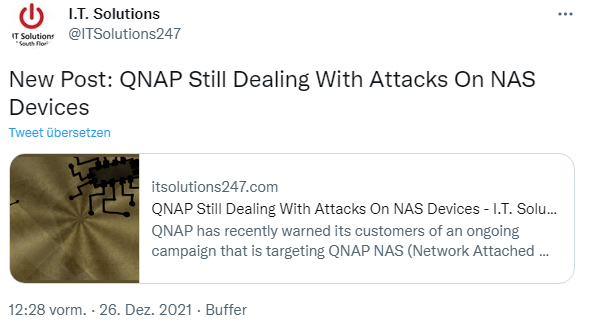