[German]Microsoft's admin.microsoft.com sub-domain is down, which means that many admin centers for Microsoft services (Office 365, etc.) are no longer accessible. Here is a quick overview of what is known so far. Addendum: It seems to affect Europe, Middle East and Africa. The cause is also hinting – an update to the cloud stuff went wrong. Microsoft is rolling everything back and hopes to fix the problem with that.

I was notified on Facebook via both a personal message O365 admin center is down …. (thanks for that) as well as via the following post in a German IT, thad admin.microsoft.com is down. 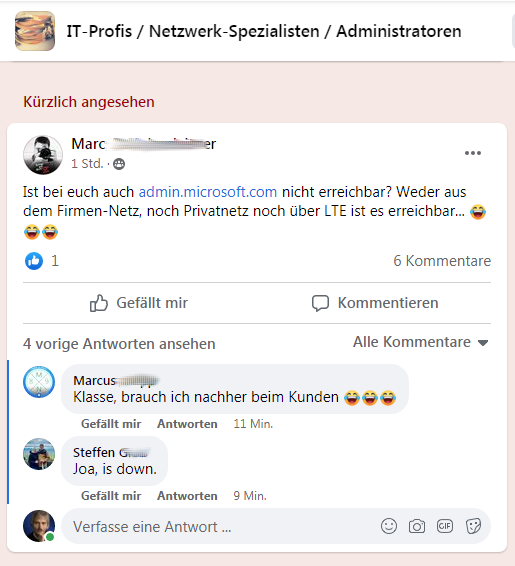 If you call the sub-domain in a browser, you either get "The service is unavailable" or the following message that the website is not accessible. 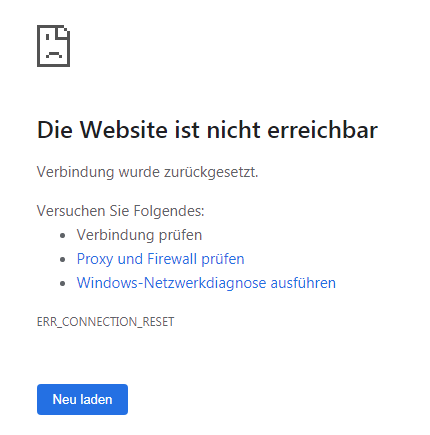 The downinspector.com and allestoerungen.de have been reporting a domain outage since the morning. 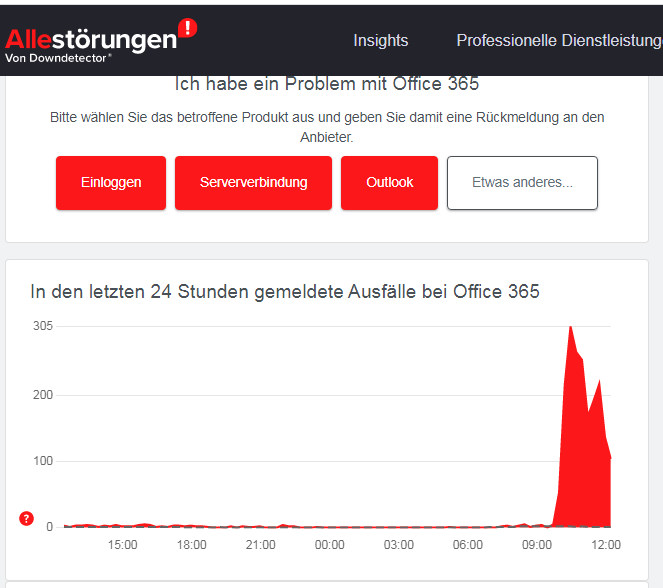 The disruption must have started around 9:30 a.m. and is currently (12:30 p.m.) still ongoing. The Microsoft website Microsoft 365 Service health status says:

Accordingly, it affects users in Europe, the Middle East and Africa. In the meantime, Microsoft has not only confirmed the disruption on Twitter , but also named the reason. 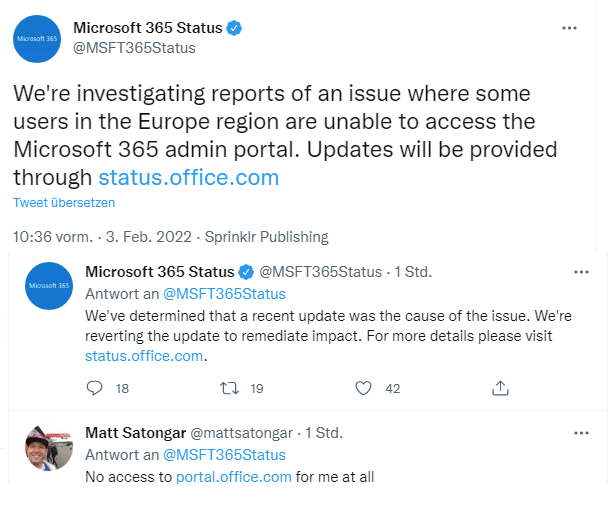 I almost choked on the coffee I hardly drink: Microsoft's technicians have identified a recent update as the cause. The update is being rolled back to fix this error.  Now, the theory that Microsoft wants to push on-premises users to the cloud through bad updates is also starting to falter. That's the cloud up there – and the updates are also jerky there and throw everything on its back.

Addendum: It took Microsoft longer as expected, to roll back. The Register has nailed it down here with the following text: Update 'designed to improve user experience' takes down the Microsoft 365 Admin Portal.