Modifying DAG network settings or customizing voicemail greetings might fail with error 0xe0434352 after January SUs are installed. At this time, we do not have a workaround for the voicemail related error.

ECP does not work anymore

An administrator contacted Microsoft in this comment and reported that on several test machines, the Exchange Control Panel (ECP) stopped working after installation on Exchange Server 2013 and 2016. The following runtime error is reported. 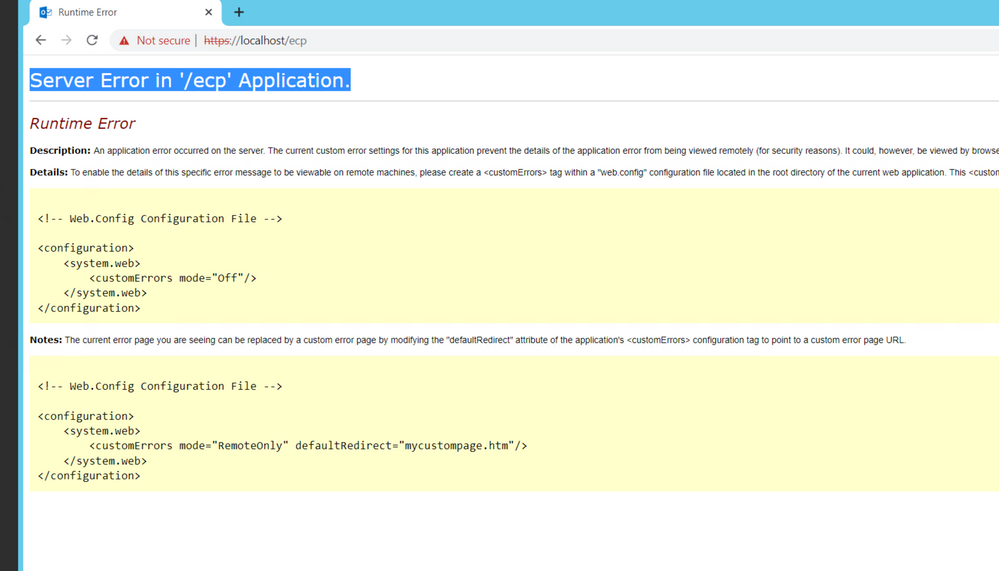 A ticket has been created for this issue – I do not have a solution yet.

German blog reader Holger reported in this comment and reported a fat issue:

Exchange 2016 CU 22 on Windows Server 2012 R2 – after update "Microsoft Exchange Service Host" crashes continuously in our environment :-( – verified on 6 servers – after uninstalling everything is fine again.

Please do the following action, it should resolve the issue: