Got lost in Defender? There is something like a Defender Cheat Sheet available

[German]Indiscreet question to the readers of this blog: Do you still have an overview of exactly what Microsoft is currently doing with its Defender? I confess that I got lost a long time ago and get confused when blogging because Windows Defender still slips into my texts instead of Microsoft Defender for Endpoint (I hope that's still correct). I have just come across a cheat sheet helping to survive the jungle of Microsoft Defender terms.

Let's be honest: Can you still see through all the great names that Microsoft marketing throws at the people for Defender? Once there was Windows Defender, and it was clear that this was the virus or malware protection for Windows. Then the thing was renamed Microsoft Defender because it can also be used on Android, iOS or Azure. Defender is probably also available for IoT devices. The question then arises: In which products is Defender included and what actually has to be licensed? Mary Foley posted recently a link to this Techcommunity article on Twitter. Addendum: The link requires now a login and says then Access Denied. But it's still in the Internet Cache. 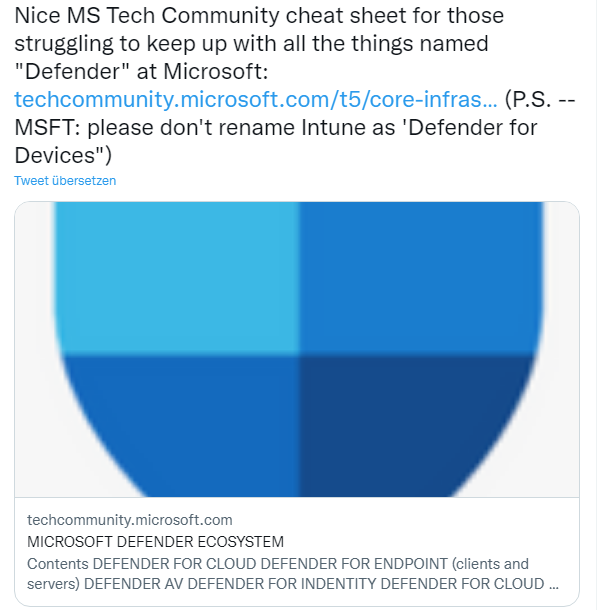 She calls the whole thing a "cheat sheet" to guide you through the Defender jungle of terms. Microsoft has named the Techcommunity article MICROSOFT DEFENDER ECOSYSTEM.

Alan Pietra, Premier Field Engineer (PFE) from Italy has compiled the list of the above terms used by Microsoft in the Defender eco system. The above links then lead to short explanations of the respective product (see following picture), including a link to further Microsoft contributions. 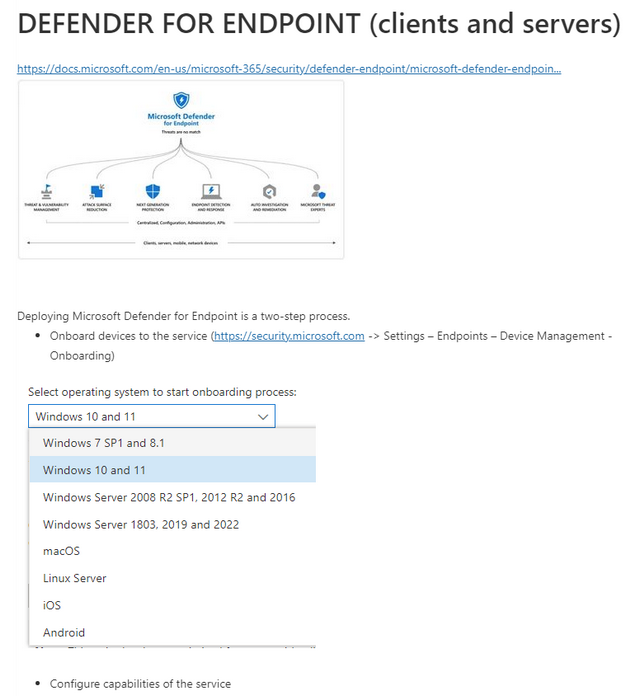 Techcommunity article, there is a licensing overview for Defender in the form of a graphic, which can be downloaded as a PDF document. Maybe someone can use it.

This entry was posted in Security and tagged Defender, Security. Bookmark the permalink.