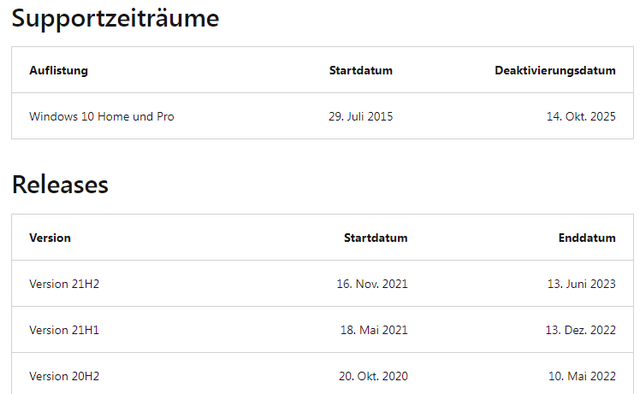 The end of support dates for Windows 10 Home and Pro versions can be tracked on this page (see screenshot above). Windows 10 Enterprise and Education have slightly different end-of-life dates, which can be found on this web page. 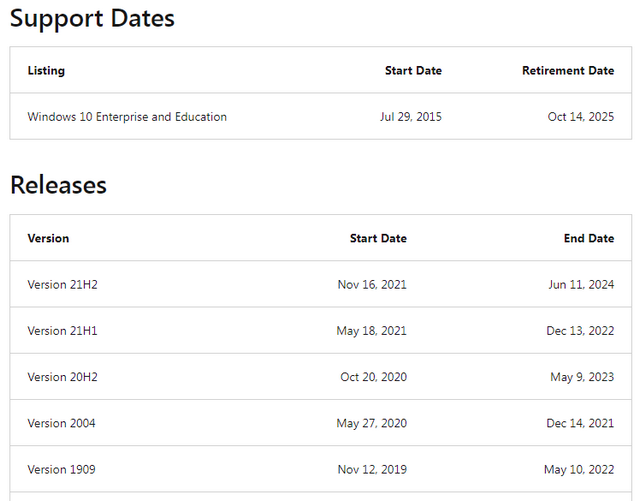 Those who switch to version 20H2 of Windows 10 Enterprise/Education would then have one year longer support, until May 2023. 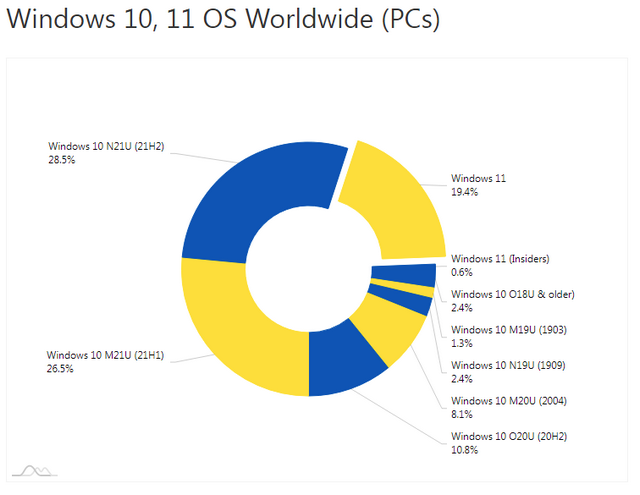 The AdDuplex figures from March 2022 shows: Windows 10 20H2 is still running on 10.8% of desktop PCs. Surprisingly, 8.1% of Home and Pro edition users are still running Windows 10 version 2004, which is already out of support. And Windows 10 version 1909 still reaches a share of 2.4%. If you take the percentages out of the following chart and add them up, only 55% of Windows 10 desktop systems run with current versions, and 19.4% with Windows 11. Cumulated, this is 74.4%, which means that around a quarter of desktop systems run with outdated Windows versions.