[German]Since May 24, 2022, the terminals for card payments with giro and EC cards have been disrupted in numerous stores and gas stations nationwide in Germany. Customers of almost all banks were affected – although I also encountered institutions such as Sparkasse and Commerzbank in addition to Visa. In the meantime, it has emerged that a software error in the H5000 card terminals from Verifone was the cause, and communication with the payment service provider was blocked. 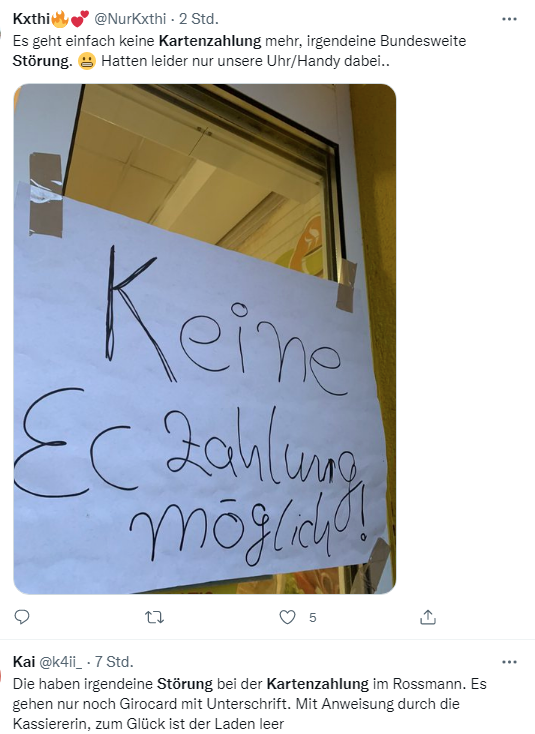 Throughout Germany, cashless payments at EC card terminals would no longer work on May 24, 2022.

I was then provided with relevant information on Facebook. In one group, an administrator/service provider asked as of May 24, 2022, whether others were also experiencing problems with EC devices. Within the discussion in a private group, some users states that H5000 payment terminals from Verifon are affected by the problem. At the same time, it warns against disconnecting the devices from power in order to initiate a reboot. This process probably sends the devices into boot mode, where they wait for new firmware and stop working. 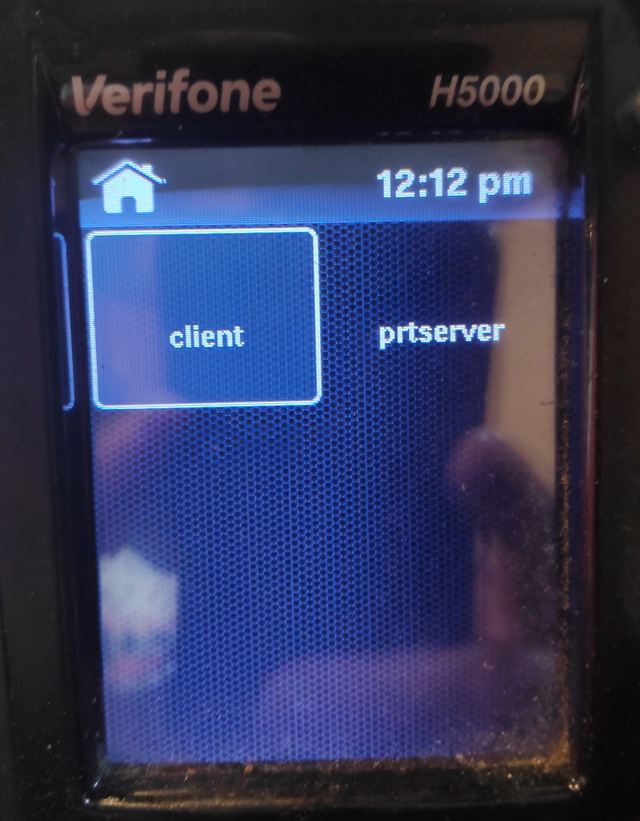 A blog reader sent me the above photo of such a bricked device on Facebook. Then I found a support statement from a German IT company saying:

Due to a Germany-wide software malfunction, all network operators are currently experiencing considerable restrictions in the use of H5000 terminals from the manufacturer Verifone. At the moment, we ask you not to reboot the devices on your own and to leave them unchanged connected to the power supply and the network.

At heise I read in the comments here  that Payone has confirmed the following on request: "Due to a certificate error it will be necessary to install new software updates on all H5000 terminals according to the current status".

This entry was posted in devices, issue and tagged device, issue. Bookmark the permalink.