[German]Note to administrators in corporate environments who manage Windows 11 clients and are upgrading to version 22H2. There is a change in the connection of network printers, the connections are now done with RPC over TCP, as Microsoft has disclosed in a post.

I was alerted to the release via the following tweet, This may be relevant to administrators who need to know what changes to the printing components were introduced with Windows 11, version 22H2. 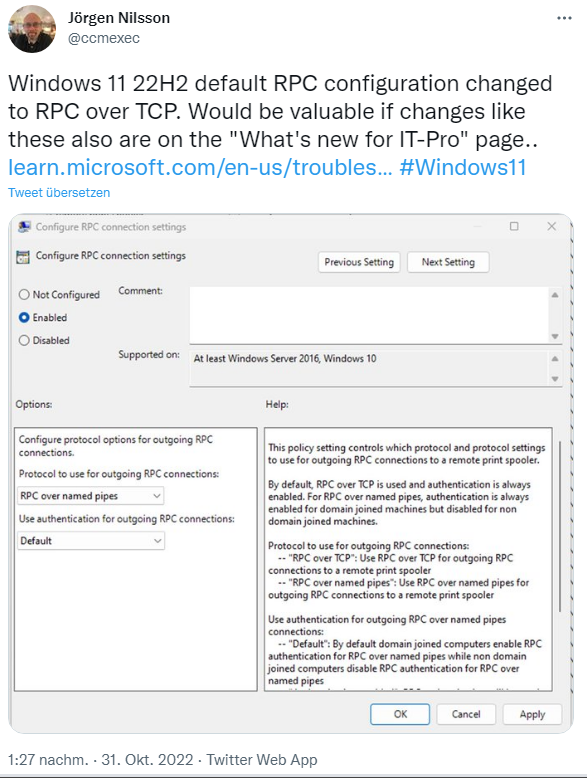 It's changes the way Windows computers communicate with each other when printing or performing print-related operations on the network. For example, the changes take effect when communicating with a printer shared by a print server or another computer on the network. Microsoft writes that these changes were made to further improve the overall security of printing on Windows.

This behavior can be controlled by group policy or through the registry. When using RPC over TCP, a specific port can be configured for communication instead of using dynamic ports. Environments where all computers belong to a domain and support Kerberos can now enforce Kerberos authentication. The details can be found in the support article RPC connection updates for print in Windows 11.

This entry was posted in Windows and tagged Network, printer, Windows 11. Bookmark the permalink.