[German]Microsoft is phasing out Internet Explorer in the coming months as the browser drops out of support. As of January 2023, access to OneDrive and SharePoint will no longer be supported.

IE 11 reaches it's end of life

Usage will be restricted 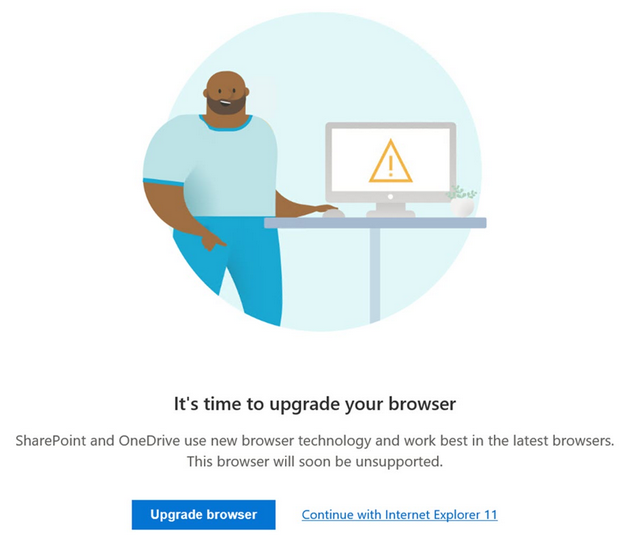 As early as January 2023, even before the February 2023 security updates are installed, Microsoft is further restricting the options for Internet Explorer users. Martin Geuß reported on Dr. Windows in this German article that access to OneDrive and SharePoint will end in January 2023.

The soft block mentioned above, which suggests the browser upgrade, will then be replaced (on the affected Windows versions listed above) by a so-called hard block in mid-January 2023, Martin writes. Users will then be told that access to OneDrive and SharePoint Online with Internet Explorer 11 will be blocked. According to Martin, administrators will be notified of this issue under MessageID MC454797 in the Microsoft 365 Admin Center.

This entry was posted in browser, Windows and tagged Internet Explorer, Windows. Bookmark the permalink.