Update KB3150513 has been offered on one of my Windows 8.1 machine and shall improve the compatibility of existing Windows systems with Windows 10. Microsoft writes:

This update provides updated configuration and definitions for compatibility diagnostics performed on the system. The updated definitions will improve accuracy and help enable Microsoft and its partners ensure compatibility for customers who want to install the latest Windows operating system. 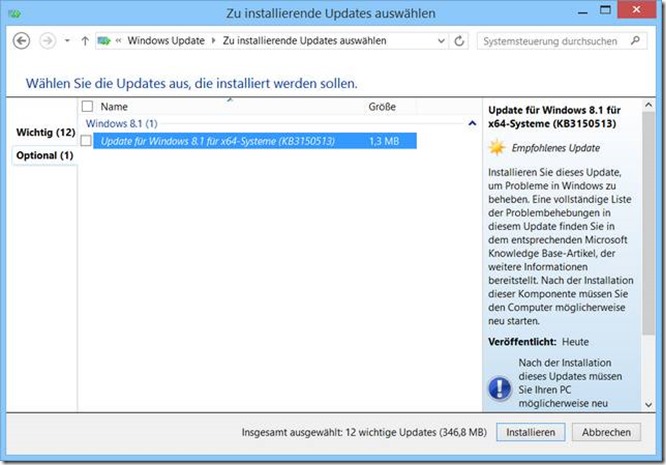 Some people are asking, whether this update shall be installed or not. If you intent to upgrade your machine to Windows 10, an installation of update KB3150513 is recommended. If someone doesn’t have plans to upgrade to Windows 10, it’s possible to hide this update via context menu in Windows Update dialog box.

We have had similar compatibility updates in the past – see the following blog posts:

The last item was the biggest surprise for me, because it seems that Microsoft give up to install compatibility updates an every Windows 7/8.1 machine reachable via Windows Update.