[German]Intel released another batch of microcode updates (to OEMs) to close the Spectre V2 vulnerability for 6th, 7th and 8th generation Intel CPUs.

After Intel had to withdraw microcode updates due to problems in January 2018, the first firmware was released again in early February 2018. In a note to the press Intel announced, that:

OEMs must integrate the updates into their UEFI versions. For Linux, Intel’s microcode updates (in the Linux Processor Microcode Data File) do not seem to have been made available yet.

In a 14 pages Microcode Revision Guidance (PDF), dated February 20, 2018 Intel has published a list of pending and released updates. 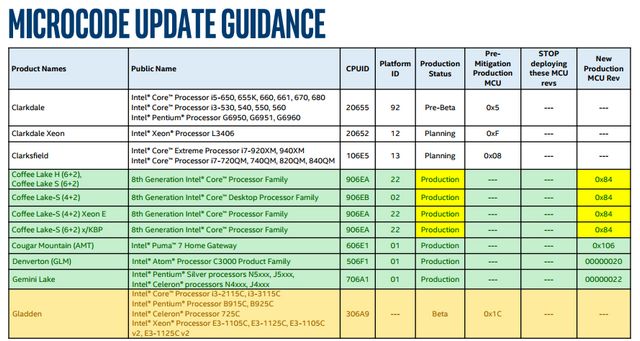 The document shows that the Coffee Lake H/S variants (8th generation), Gemini Lake (and some special processors) have been updated with microcode updates.. 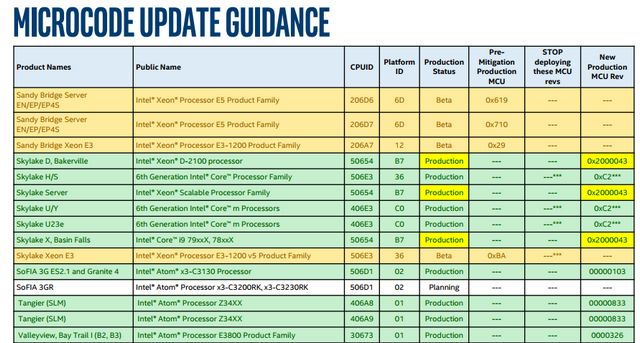 The PDF document shows that further microcode updates are already being tested as beta by OEMs. A release should therefore take place in the coming days and weeks. German news site heise.de wrotes, that the updates for Skylake processors (Core i-6000), that has been pulled on January 22, 2018 has been released again. These updates are not modified, Intel re-released them after additional tests. Dell EMC, Fujutsu and HP shall provide these microcode updates (from Januar 2018) already.

Intel also has a white paper Retpoline: A Branch Target with information on mitigating attacks via Spectre-V2.

Microsoft has also released a UEFI firmware update for Surface Pro 3, which is intended to harden the system against the meltdown and spectre attack methods. The firmware update can be downloaded here (as mentioned here).

This entry was posted in devices, Security, Update and tagged Firmware, Intel, Update. Bookmark the permalink.