[German]Just a brief information for Windows users who detecting a 'missing Windows activation'. Currently the Microsoft activation servers are probably down, so that Windows activations are lost and installations are no longer activated or fall back to Windows 10 Home. Addendum: The issue seems to be fixed.

In my German blog there was this comment, which complained about a missing activation of the Insider Preview published tonight.

At least here Windows is no longer activated after the upgrade of the test machine. The activation stroubleshooter detects a digital Windows 10 Pro license and reports that an edition upgrade is required, but the following upgrade process stops immediately and the activation does not take place. Apart from that, none of the quirks (apart from the Taskmanager flickering) of version 1809 have been fixed. Obviously Microsoft no longer has Windows 10 source code garbage under control.

I took note, but didn't ask any more questions. A short time later, the user cam back with more details.

Addendum: Obviously the activation problem has nothing to do with the Insider-Preview version, because meanwhile more Windows 10 machines report a missing activation here, although they have been activated for years. One wonders why one should still acquire Windows licenses if Windows 10 is suddenly no longer activated out of the blue. This circus did not exist before Windows 10.

I just checked my test machine for a Windows 10 Pro. So far the machine is listed as activated on the settings page. 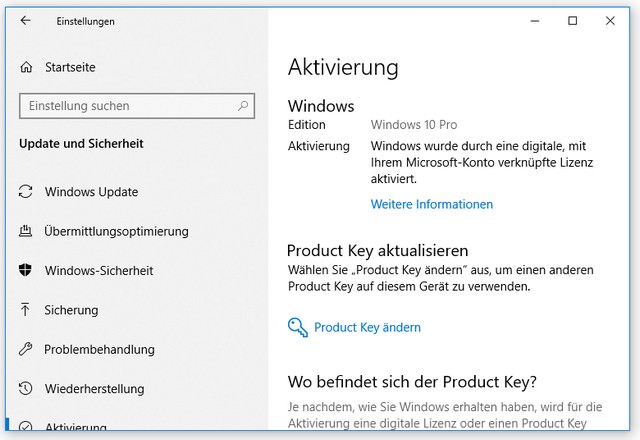 However, it seems that people all over the world are currently reporting activation problems in forums. On Twitter, users like this are asking to be heard:

@Microsoft HEY! What the Hell is going on with Windows Activation?! I have in the last 30 min had my windows install tell me that it's no longer activated and that my digital licence is invalid?! This better be some kind of Error! The App store is even broken!!! pic.twitter.com/nS2UiifXJX

MS support redirects people to their site handling activation issues – but this page is pretty useless, if the activation server is down. At reddit there is this thread with a discussion about the same issue – Windows is suddenly no mor activated, and Windows 10 Pro machines are falling back to Windows 10 Home. Also German site Dr Windows reported here some cases – and MSPU also reported that. So I'm pretty sure they're not isolated cases. Any of you affected?