[German]Brief information for Windows Media Player and Windows Media Center users. The service required for these programs is down. It looks like Microsoft has shut down the servers.

I found this information within the US Microsoft Answers forum on the entry fai.music.metaservices.microsoft.com is down … and is likely to stay that way posted by a moderator. The post indicates that the service:

is down right now. He has then posted the following status page, which confirms the failure of the service. 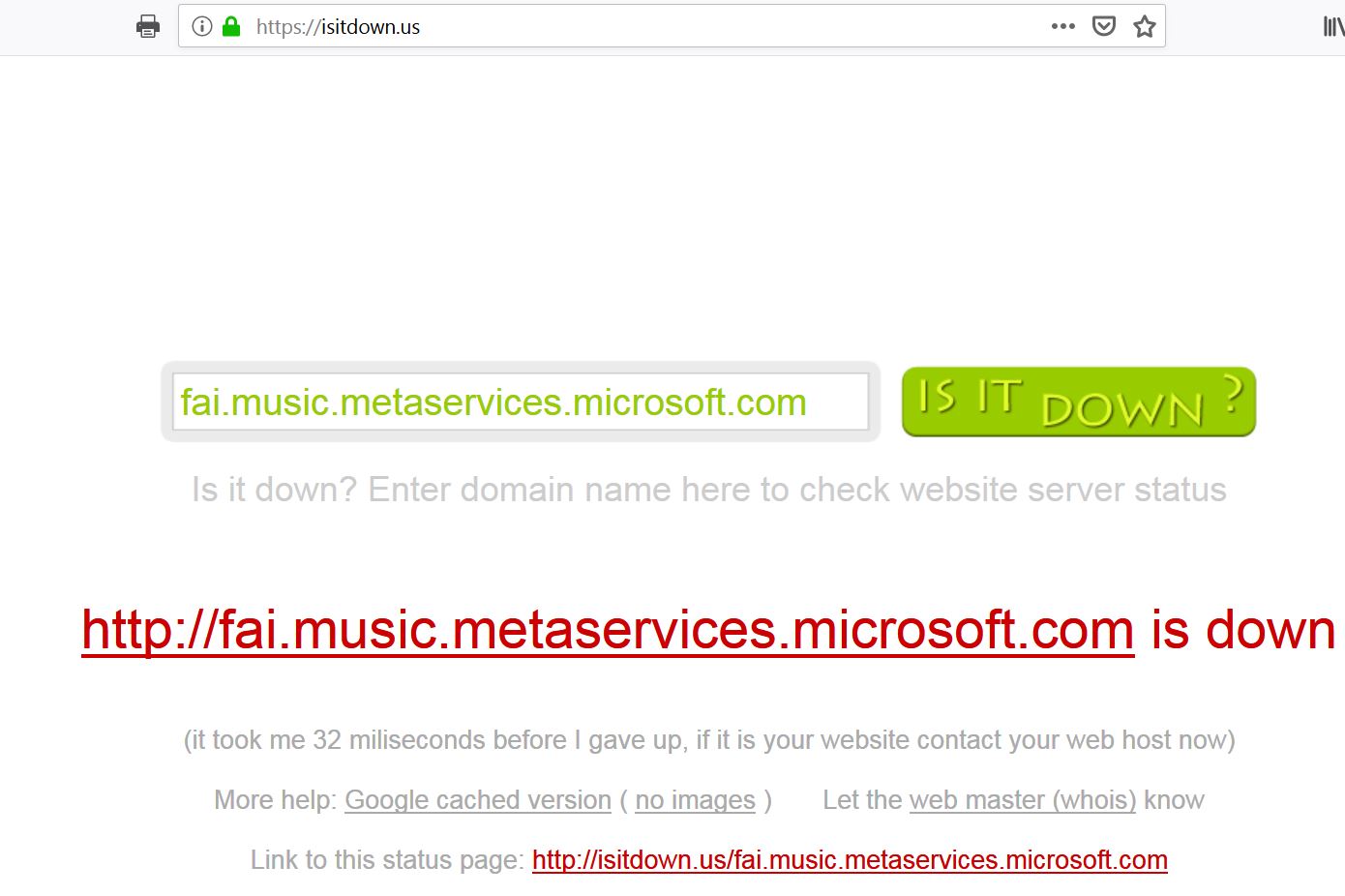 Microsoft has shut down this service

In the Microsoft Answers forum post, the moderator points out that this is not a temporary problem, but that Microsoft has completely switched off this service. Microsoft has described it in KB4488539.

Going forward, you may be unable to view information (metadata) such as the title, genre, and artist for songs, and the director, actors, and cover art for movies in Windows Media Center and Windows Media Player. After looking at customer feedback and usage data, Microsoft decided to discontinue this service. This means that new metadata won’t be updated on media players that are installed on your Windows device. However, any information that’s already been downloaded will still be available.

This change doesn’t affect any major media player functionality such as playback, navigating collections, media streaming, and so forth. Only secondary features that require downloading of new metadata are potentially affected.

In short: Microsoft took a look at the user statistics and decided to switch off the metadata services for Windows Media Player and the Media Center. So users won’t recognize it for old albums. But it is possible that information (metadata) such as title, genre, and artist for songs, as well as director, actor, and cover artwork for movies, cannot be displayed in Windows Media Center and Windows Media Player for new titles. Existing entries are preserved, but new information is no longer available. The following programs and Windows versions are affected.

6 Responses to fai.music.metaservices.microsoft.com service down forever