[German]German blog reader Martin Feuerstein pointed out a bug in the security permissions of the default user in Windows Server 2016. I am reporting the details here, maybe somebody else can confirm it.

The original comment (in German) may be found here (thanks for that). I hope, the post catches the attention from other admins, who are able to confirm it (or decline it for their environment).

The environment of Martin is a Windows Server 2016 installation with German language settings. On this server Windows Terminal Servers are used for users. Here are the build number. 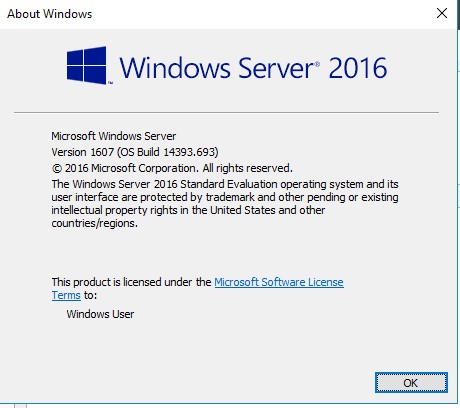 The problem: A bug in the profiles security permissions

Martin writes that there is a bug in the security permissions of Windows Server 2016. During the setup of new terminal servers with Windows Server 2016, various users with new user profiles were shown files of other users (visible at the owner property of the respective file). 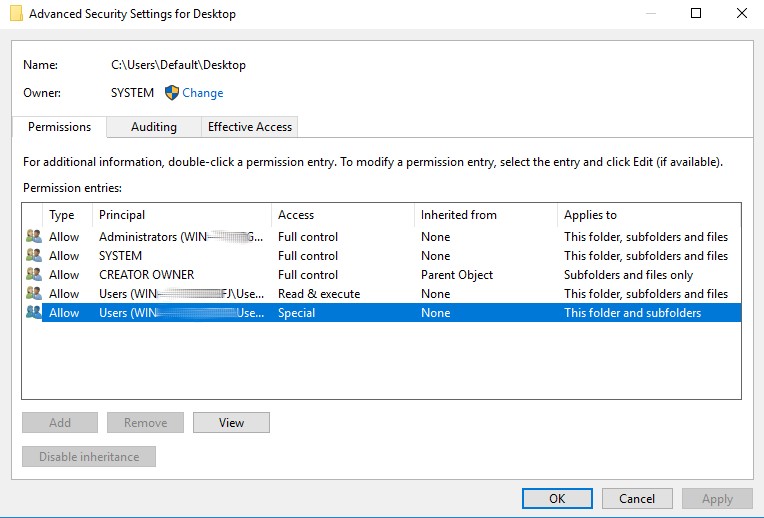 The root cause for this behavior: The security permissions in all subfolders of the default profile, i.e. Desktop, Documents, Music etc., are faulty (see screenshot above). 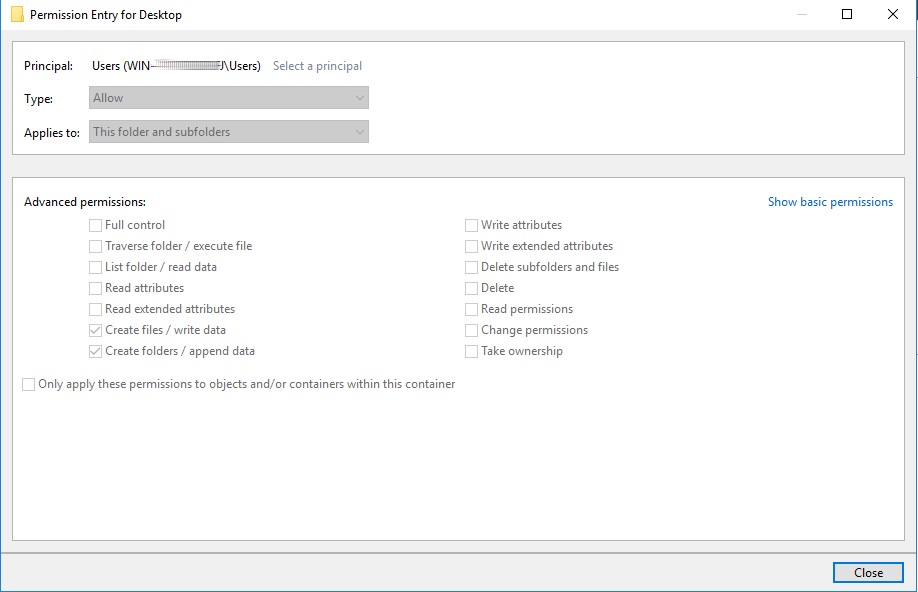 The previous screenshot shows that users can create, write and modify files. This has the following effects: 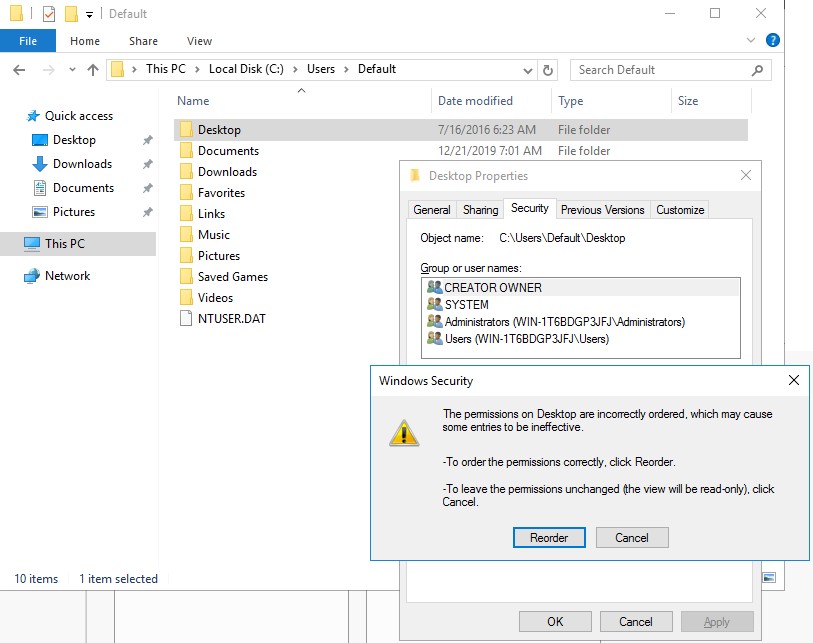 The consequences of this bug

As a consequences of this faulty permission, IT managers in the environment outlined above probable have a problem. Martin named the following scenarios.

Especially the latter item is a security issue, as the user could, for example, place a shortcut to a malicious script in the Start menu’s autostart folder.

There is a fix

Martin Feuerstein provided in his comment a fix allowing administrators to reset the permissions for the default profile folder. To do this, open an administrative command prompt and type the following command:

The parameters listed in the above command are described in the blog post How to reset NTFS permissions with ICACLS from Is Solving. Thanks again to Martin Feuerstein for his description, analysis and fix. To you the question: Has anyone noticed this yet?

Note: Martin wrote, that the default profile is not customized. He could reproduce the incorrect permissions on other Windows Server 2016, even without remote desktop role, in a different environment.