[German]In Part 1 I had taken up a reader’s note that after Windows fails to install updates, there are potential errors in the Windows Update database which can’t be repaired by Update trouble shooter. In part 2 I describe further diagnosis steps, a root cause for the issues and a repair approach.

Is the troubleshooter reporting something false?

Therefore he decided to selectively delete the event logs. This is not a problem, since the log could be saved before the events were deleted. And if any errors that occurs are logged as events again. Once the error is gone, no new entry is written in the event display, of course.

The Event Viewer display is structured hierarchically. The entries relevant for the following test are located in the Windows Logs branch (see figure above). The entries are divided into various categories.

The entries can be deleted in the Windows Logs branch of the Event Viewer running with administrative rights via the context menu or in the Action/Delete menu.

In the first step, Andi deleted the entries in the Windows Logs\Application branch of the Event Viewer. Then the troubleshooter was executed. The result was the message: “potential errors in the Windows Update database”, which was actually to be expected.

Note: In the following text, Andi suggests deleting the entries in the System branch instead of the Installation branch. My recommendation here would be to successively delete the individual branches under Windows Logs, if necessary.

After these steps Andi decided to run all tests again to document this. In the German screenshots below, he shows the date and time in the background (taken from as time service).

The test was started in a state that the troubleshooter does not report an error in the Windows Update database. 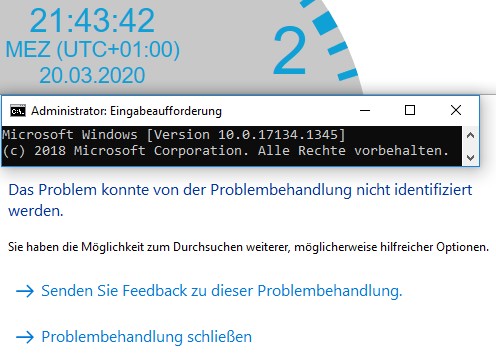 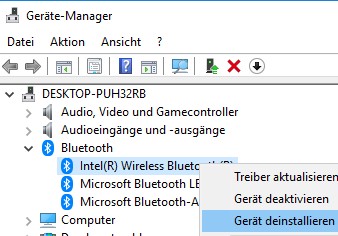 He then had Windows Update check for updates. During this step a driver should be found and installed. 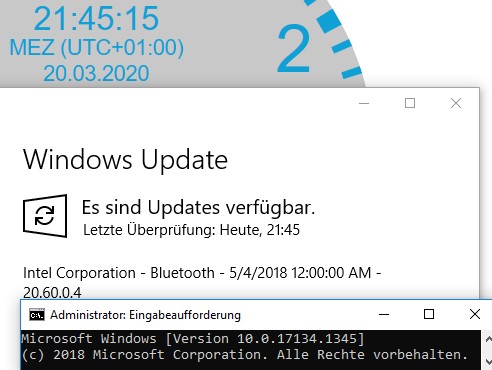 A driver was found (see figure above) and he had it installed. Then it was checked whether the Bluetooth driver was installed. 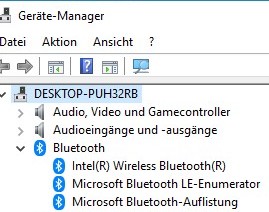 Check the update database for errors

Exciting question: What does the troubleshooter will report after installing the Bluetooth driver initiated by Windows Update? 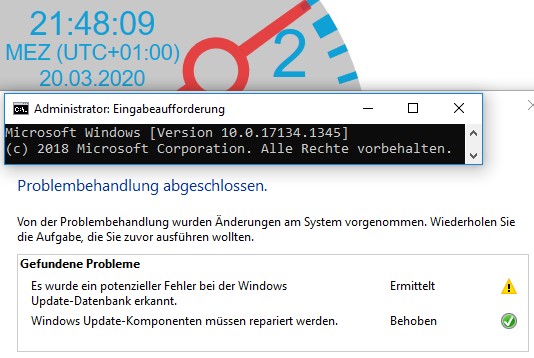 The troubleshooter reports again and as expected, an error in the Windows Update database.

‘’Repair’ the update database via the Event Viewer

So the next step is to repair the Windows Update database by ‘Delete the event logs’. To do this, you can access the event viewer by either searching the taskbar or right-clicking on the Windows logo in the left corner of the taskbar, followed by a left-click on “Event Viewer”. 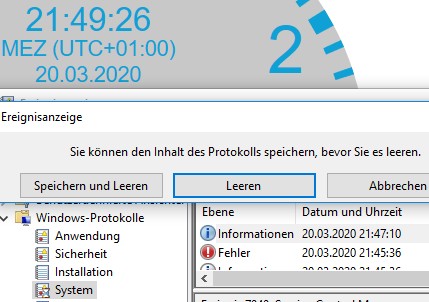 Then double-click on the Windows Logs branch in the left column. Right-click on System to open the context menu and choose the context menu command Delete Log… is selected. Confirm the deletion in the dialog box shown.

Andi wrote: The cmd window unfortunately disappeared after clicking on the event viewer. Therefore no proof of the Windows version is possible here. And he deleted here entries in System instead of Installation. It’s mandatory to try, which Event viewer branch need to be deleted to fix the database error. 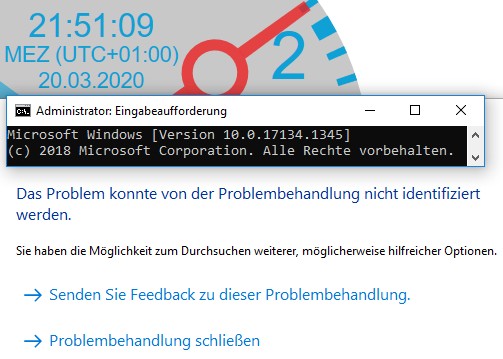 This proved that the diagnosis of the Windows Update troubleshooter reported false results and can’t fix broken things.

Conclusion of the whole action

Anyone who gets into this situation should try to clear the logs in the Event Viewer under Windows Update. The procedure has been described above in detail – and this clearing has no consequences for Windows functionality (only entries that could be used for troubleshooting are gone – and this can be prevented by saving the entries before deleting them).

Andi was successful with approach in Windows 10 version 1803. This approach should help with “potential errors in the Windows update database” even with newer versions of Windows 10. At this point my thanks to Andi for the extensive testing and preparation, so that I could publish this in this blog post.