[German]A quick question for the Windows 10 and Windows Server 2016/2019 users, are you experiencing an error installing the June 2020 update KB4052623, which was rejected with error code 0x8024200B? Maybe Microsoft has withdrawn something.

The update always keeps the same KB number KB4052623, only the module version changes with the different updates. How this module version can be determined is described in the KB article.

This morning blog reader Nico M. Marcuz contacted me via a direct notification on Facebook. He is reported an installation error 0x8024200B for the Microsoft Defender Antimalware Platform. He found the entry when he checked the event viewer. The error code 0x8024200B stands for

and simply states that the installer failed to install/uninstall one or more updates. 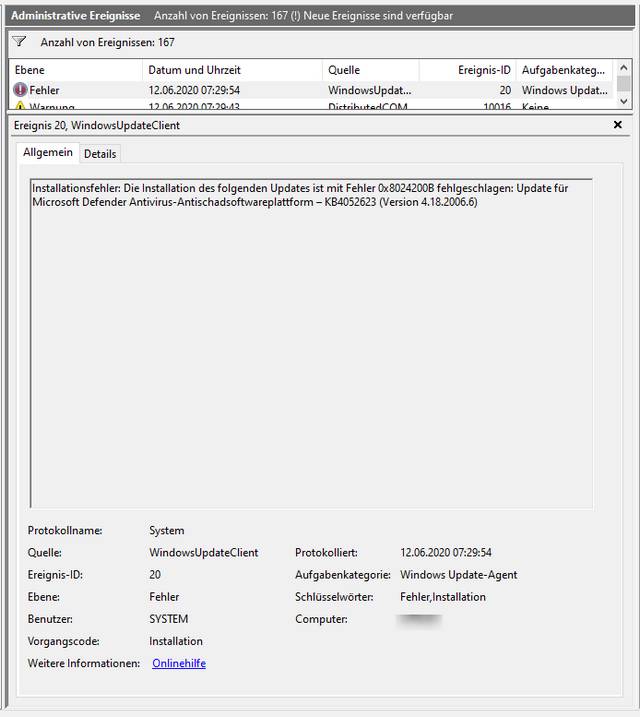 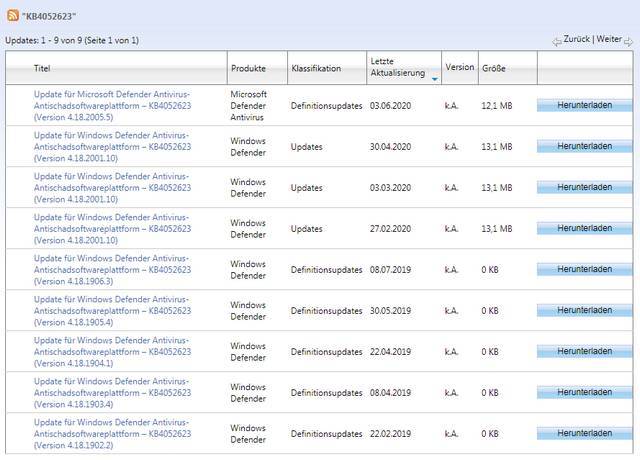 In German Microsoft Answers Nico posted this thread about it. There a moderator confirms that an error message appears. Could be a server problem at Microsoft. Any of you who have noticed the error?