A blog reader has informed me by mail (thanks for that) that Citrix has published a security advisory about the vulnerabilities as of July 7, 2020. These vulnerabilities were discovered by external security researchers from Akamai, Digital 14 etc. and reported to the vendor. 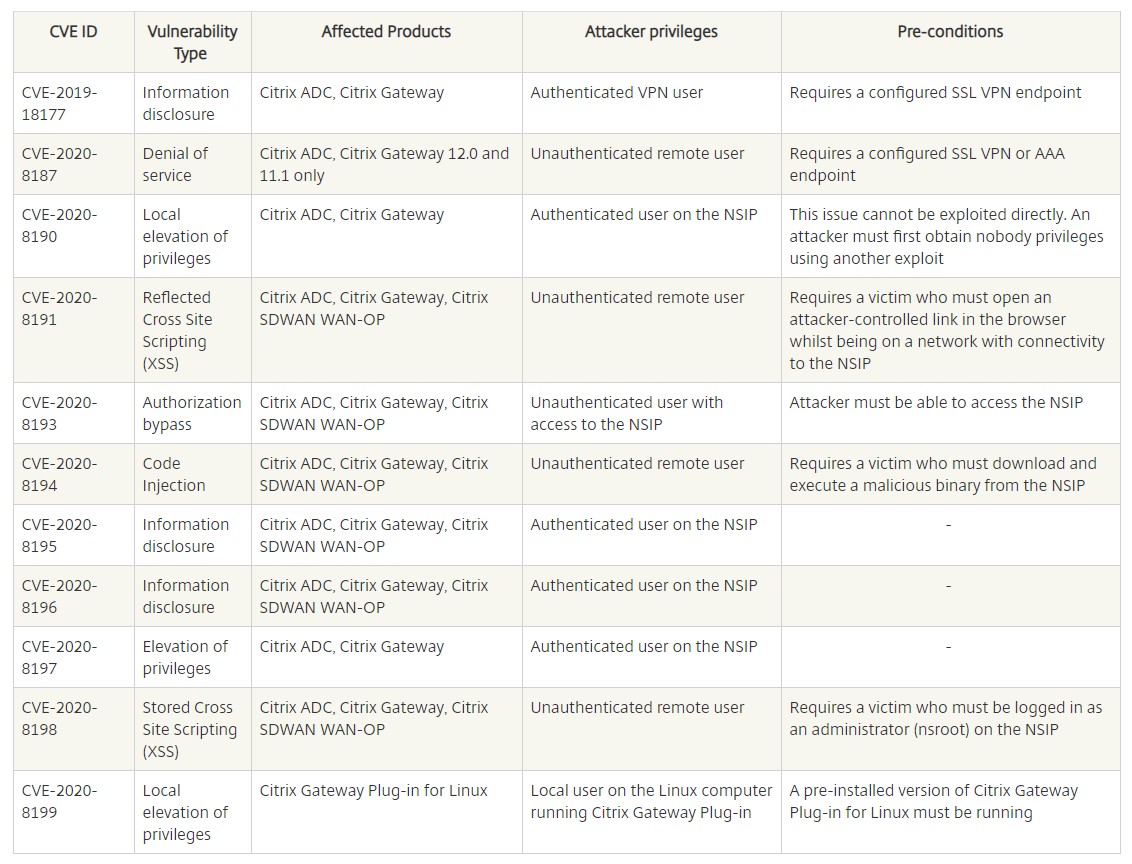 These vulnerabilities, if exploited, can lead to a number of security problems. Several attack scenarios are possible.

The management interface as a point of attack

For example, attacks on the management interface make it possible:

Customers who have configured their systems in accordance with Citrix recommendations have significantly reduced their risk of attacks on the management interface.

The vulnerabilities additionally allow attacks that can be applied to a virtual IP (VIP).

Customers who have neither the virtual gateway nor authentication server enabled are not exposed to the risk of attacks applicable to these servers. Other virtual servers, such as virtual servers with load balancing and content switching, are not affected by these problems.

In addition, a vulnerability has been found in the Citrix Gateway Plug-in for Linux that would allow a locally logged on user of a Linux system on which this plug-in is installed to increase his privileges to an administrator account on that computer.

Builds with fixed vulnerabilities have been released for all supported versions of Citrix ADC, Citrix Gateway and Citrix SD-WAN WANOP. Citrix strongly recommends customers to install these updates immediately. The latest builds can be downloaded from the following download addresses

Customers who are not able to upgrade to the latest version immediately are advised to ensure that access to the management interface is restricted. Further information can be found here.