[German]Users of Bitdefender antivirus protection have had a problem in Windows 10 190x. The security solution incorrectly blocked the Windows 10 cumulative update KB4574727 as malicious.

I had reported more details about this cumulative update in the blog post Patchday: Windows 10-Updates (September 8, 2020). Since it closes vulnerabilities and fixes bugs, installing the update on affected machines is essential.

However, users who use Bitdefender as antivirus protection on Windows 10 have run into a problem. The security solution incorrectly blocked the Windows 10 cumulative update KB4574727 as malicious. On reddit.com there is this thread where a user describes the problem.

Anyone else getting Trojan hits for the latest windows 10 patch Windows10.0-KB4574727-x64.cab? Bit Defender keeps pinging it as Trojan.Ciusky.Gen.13

When Bit Defender protection is used, the antivirus engine incorrectly flags the KB4574727 cumulative update as a potential threat. After the update is successfully downloaded from Windows Update, the Bitdefender antivirus engine blocks this update when the device is restarted. Actually the restart is used to complete the installation process. However, this cannot be done, which means that update KB4574727 cannot be installed successfully. Someone has posted a screenshot of this message on Twitter. 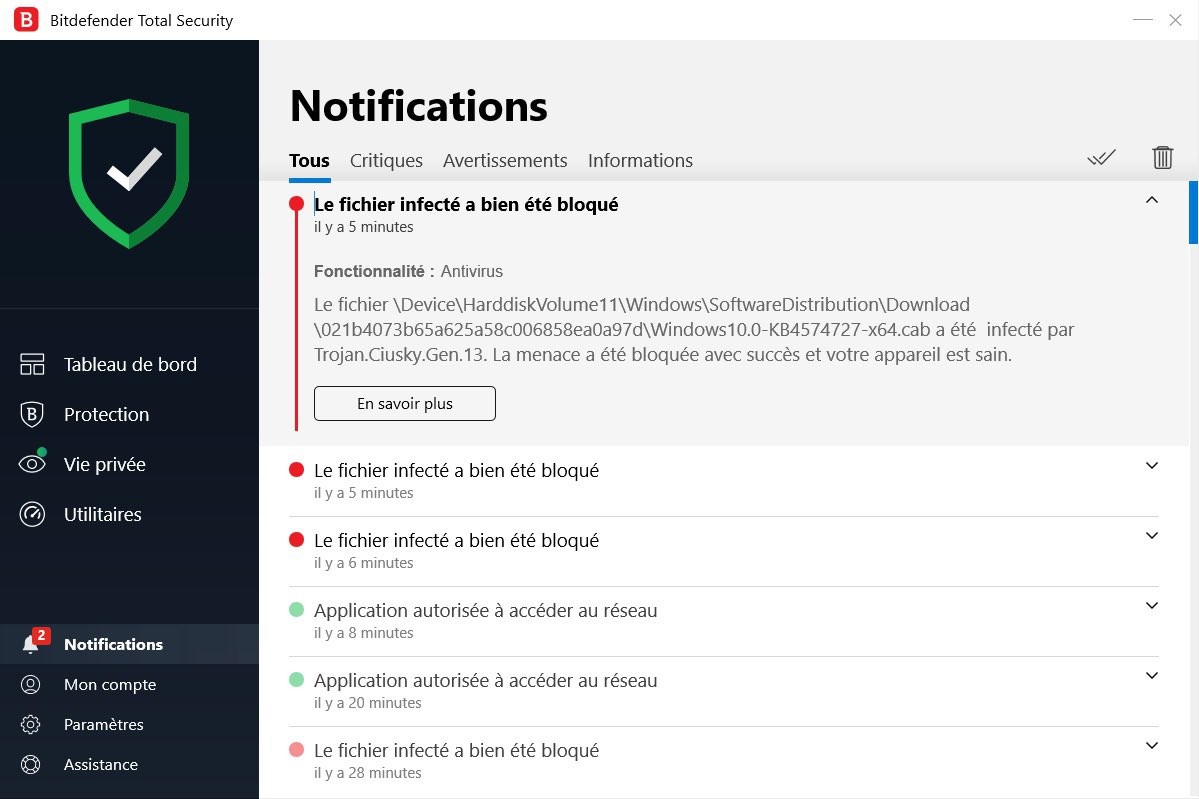 The error is confirmed by several users on reddit.com. Also on Microsoft Answers there is this thread with a corresponding post. Also in the Bitdefender-Forum there is this post about the error. Softpedia picked it up here and Techdows here. As a workaround it is recommended to disable Bitdefender during the update installation or to define an exception.