[German]In Windows 10 20H2 with installed cumulative update KB4592438, chkdsk causes massive issues. It destroys the file system during a disk check on SSDs, so Windows 10 can't start after a reboot. Here is some information about the problem and the affected Windows 10 build. Addenum: Microsoft has fixed that bug.

I've been contacted by several German blog readers by email and via comments within my German blog (thanks for that). They all pointing to a strange bug, obviously brought to systems with cumulative update KB4592438. 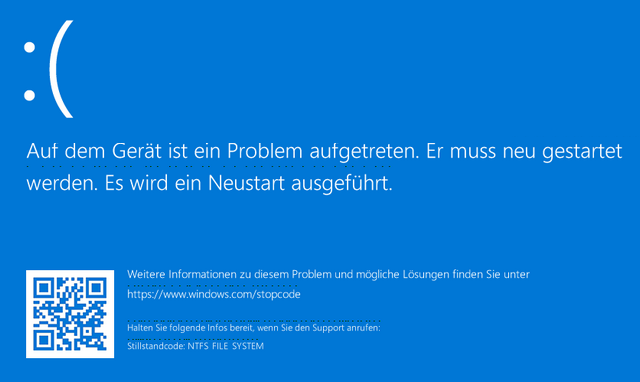 Whether the hardware has an influence is currently unclear. Within my German blog a user reported, that the error didn't occur on two systems with hard disks, but a 3rd system with a M2.SSD caused the BSOD as expected. The case was summarized on German site planet3dnow.de in this article. There, the affected person writes that it affects build 19042.685 of Windows 10 20H2. The cumulative update KB4592438 should be the culprit. The blog reader wrote to me:

After publishing the German edition of this blog post, several blog readers confirmed this bug. If you have further insights, please drop a comment. I will try to forward a link to this blog post to Microsoft's developers.