WSUS Survey 2020: Where and how it will be used

[German]In enterprise environments, WSUS is frequently used under Windows Server for update management. But how do administrators use WSUS and what do they manage with it? I have the results of a survey from the end of 2020, which I have intended to present here on the blog for a long time.

In this context, the question came up whether WSUS will die soon. I hear from administrators that WSUS is no longer being developed very actively and that Microsoft prefers to march towards the cloud and Intunes or similar. One user says:

I often wonder how long Microsoft will continue to offer WSUS at all. We have been using it for a long time, but newer software from Microsoft (e.g. Office) get the updates from the cloud when not using SCCM.

But there was also the objection to the above statement, with the tenor that not all systems can be connected to the Internet for security reasons. Therefore, WSUS, with some circumstances, is the only free alternative.

In October 2020, I had mentioned the WSUS survey here on the blog (see FYI: WSUS Satisfaction survey). Susan Bradley of patchmanagement.org wanted to know what the satisfaction with WSUS was and where it was being used. A month later the results were in – but due to lack of time I never addressed that. In connection with the blog post WSUS 3.0 SP2: No longer usable after October 31, 2021, I'm now catching up – Susan gave me permission to use the material in my blogs. 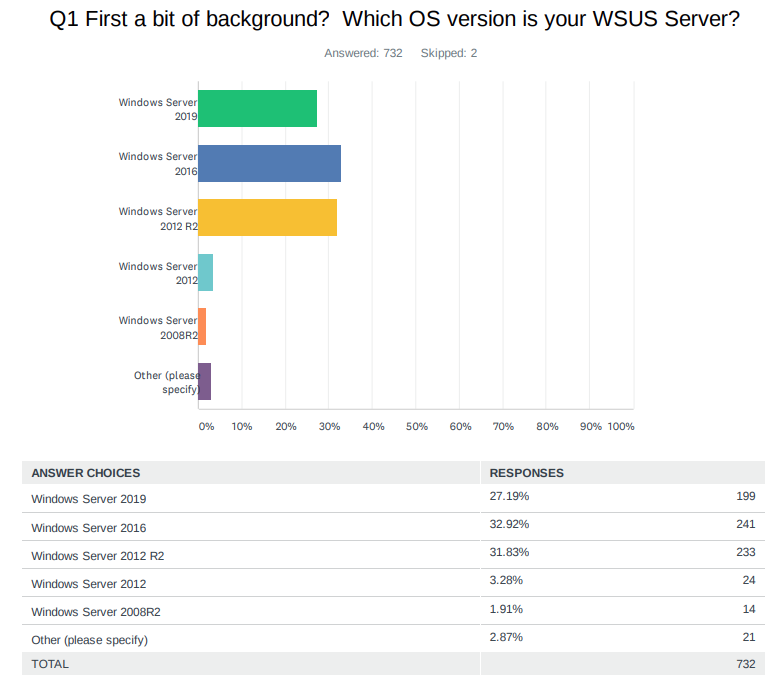 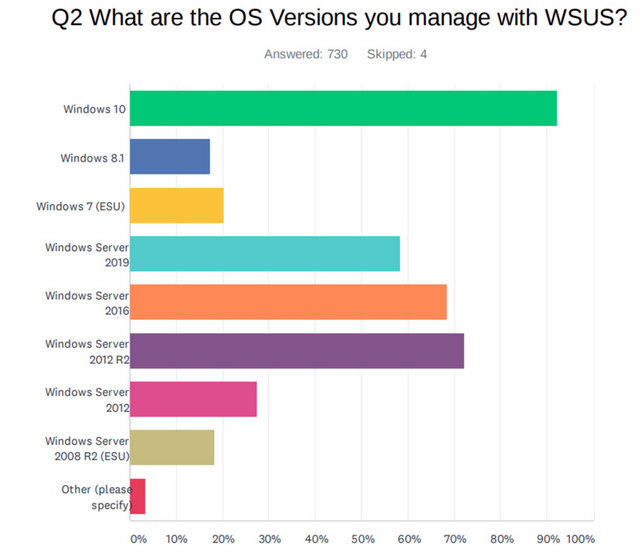 Interesting is the above chart, which gives an overview of the updates managed via WSUS by operating system. The majority of updates are managed in WSUS for Windows 10 clients as well as for Windows Server 2012 R2 through 2019. 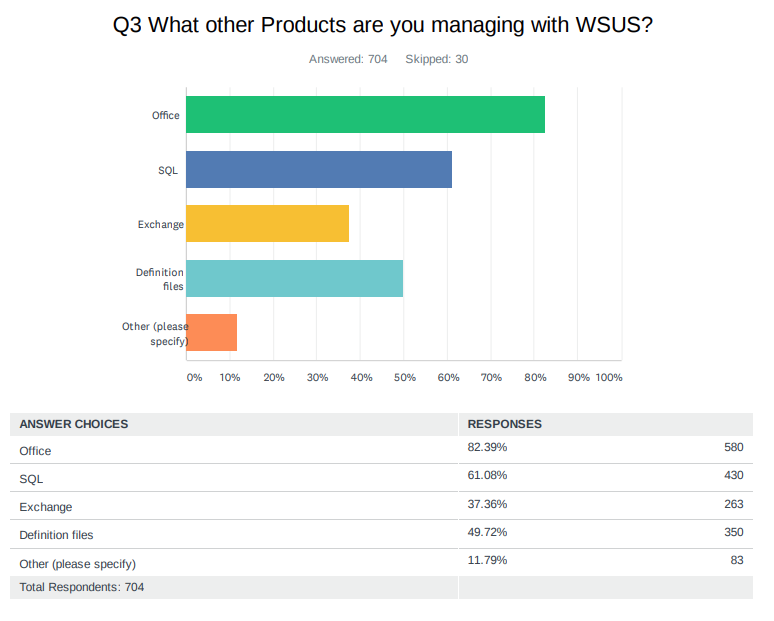 In further questions, which can be retrieved here, it turns out that only a few administrators ($12.27) have Microsoft-approved drivers managed via WSUS. Update packages are only imported manually in WSUS in 2.19% of the cases. Satisfaction with managing Windows 10 updates via WSUS can be seen in the following picture. 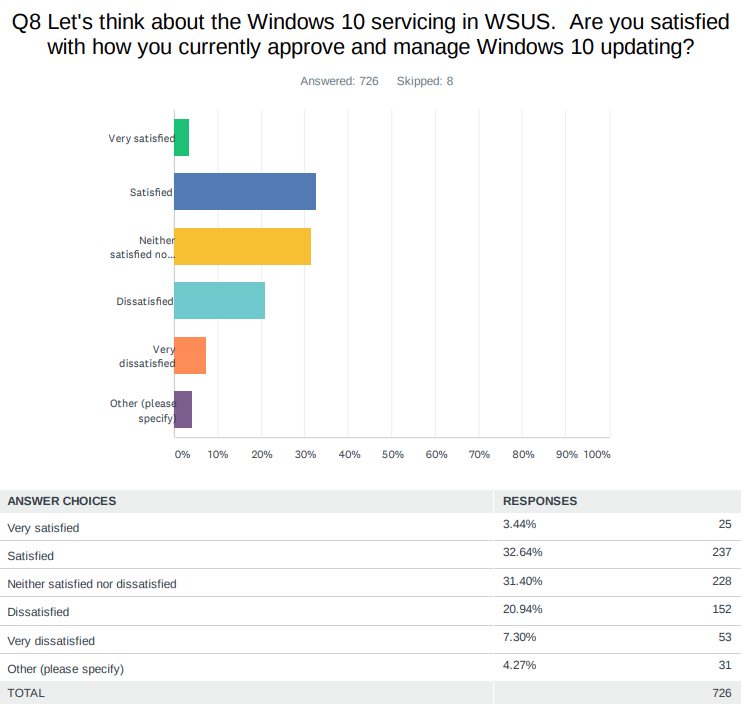 The majority of admins are satisfied with WSUS in this respect, or at least have a neutral attitude – so it seems to work. Question 10 was about the fact that SCCM is required to manage Microsoft 365 and whether this function is also desired in WSUS. 75.10% of the administrators would like to see this feature in WSUS as well. All details of the survey can be found here as a PDF.

This entry was posted in Software, Update, Windows and tagged WSUS. Bookmark the permalink.