[German]The curiosity about Windows 11 tempts some users to install pre-release versions on their computers. This is not a problem, as there are corresponding installation images directly from Microsoft for Windows Insiders as regular updates for Windows 10 machines. However, some users get installers from obscure sources and catch malware in the process.

It probably did not take long for cyber criminals to take advantage of this user curiosity about Windows 11. The colleagues from XDA-Developers point out the risk in the following tweet and this article. 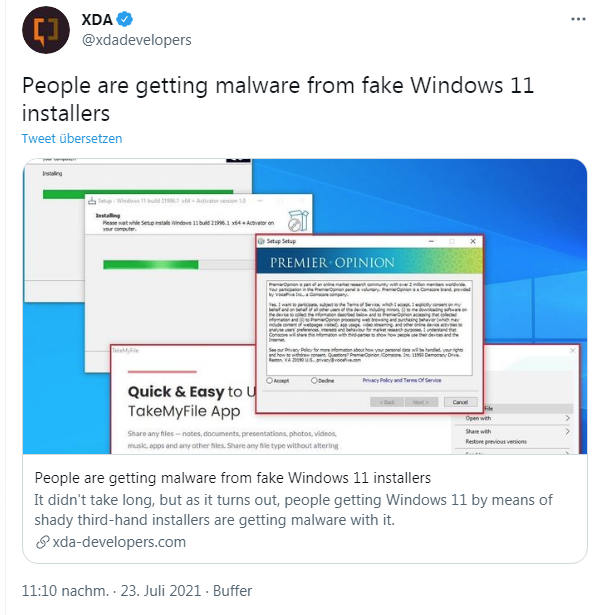 According to the article, a malware-infected file 86307_windows 11 build 21996.1 x64 + activator.exe is circulating. The file name suggests that the file contains Windows 11 build 21996.1 and activates the operating system.  The file has a size of 1.75 GB, which is too small for Windows 11, but seems to fit some people. The whole thing looks like an installer, but suddenly a second installer pops up, calling itself a download manager. Users who accept the nonsensical agreement it contains get malware flushed onto the machine.