[German]This is probably a solid scandal – there is an app Life360 – Familie suchen, which is also available on Android in Germany has millions of users. The app allows family members to be tracked via their smartphone. Now it comes out that the creators of the app have sold the location data of their users to data traders (data brokers) from the industry since 2016.

The app Life360 Family Locator is a GPS tracker that is also available as an Android app. The app itself is free, but the manufacturer states that there is in-app advertising and advertises the following features: 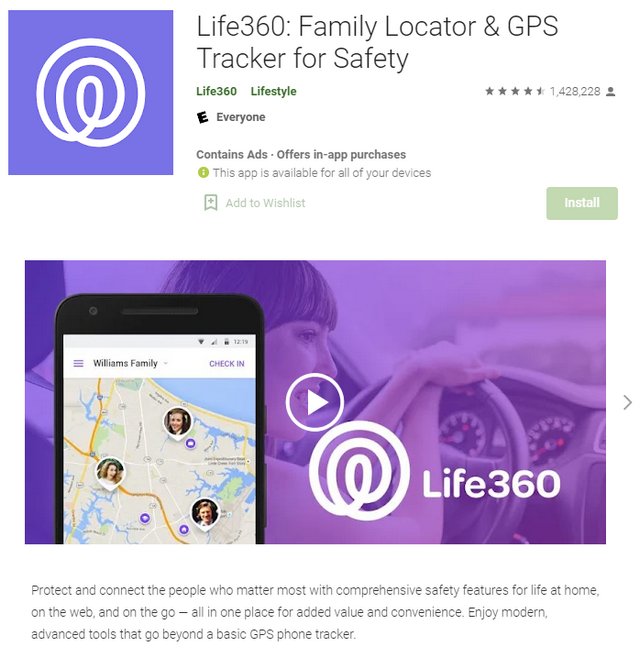 Life360 GPS Cell Phone Locator is the most powerful social network for families. It's free and provides several tracking features – according to the developer.

The Google Play Store cites over 50 million users, with in-app purchases ranging in price from $1.49 to $199.99. The app also gets a lot of fairly positive reviews.

However, the vendor was probably wolf in sheep's clothing. Via this tweet, I came across the article The Popular Family Safety App Life360 Is Selling Precise Location Data on Its Tens of Millions of Users. 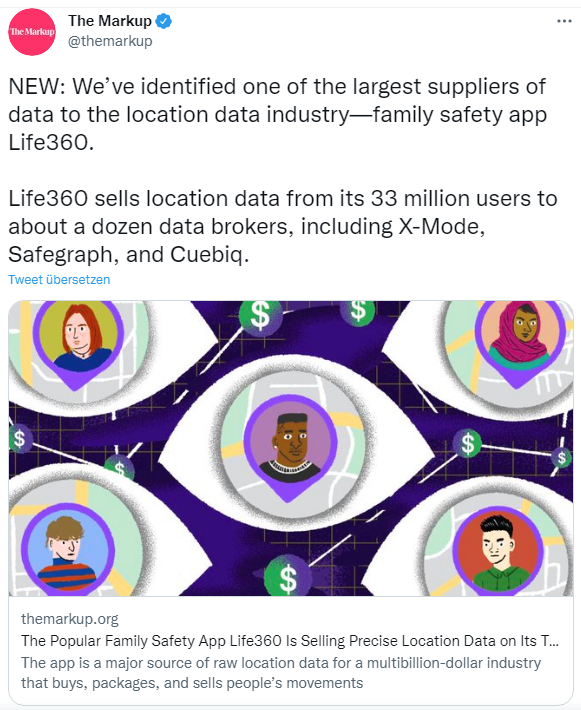 However, The Markup has learned that the app developer sells location data obtained by Life360 to about a dozen data brokers. These data brokers resell the data to virtually anyone who wants to buy it. This came to light through interviews with two former employees of the developer, as well as two people who used to work at location data brokers Cuebiq and X-Mode.

Through this, The Markup found out that the app acts as a data source for the controversial industry of data browsers. After all, these companies in question operate away from the public eye and have few safeguards in place to prevent the misuse of this sensitive information. The former employees spoke to The Markup on the condition that they remain anonymous (they are still active in this field). Concerns about security and privacy in the location data industry have likely come to the people, and they want to shed more light on the opaque location data broker industry. All of these people described Life360 as one of the largest data sources for the industry.

The developer was contacted by The Markup for comment. "We have no way to confirm or deny the accuracy" of whether Life360 is among the industry's largest data sources, Life360 founder and CEO Chris Hulls said in an emailed response to questions from The Markup. "We see data as an important part of our business model that allows us to keep Life360's core services free to the majority of our users, including features that have improved driving safety and saved numerous lives." That's not a denial, but an admission that the data was sold. Since the app is offered in European countries, the question is whether users have explicitly given a GDPR consent to share. If you use the app, you can investigate this question and file a complaint with your country's data protection commissioner.

This entry was posted in Android, Security and tagged Android, App, Privacy, Security. Bookmark the permalink.