[German]There are numerous reports from owners of a Canon all-in-one printer that the device is unusable for printing, scanning, faxing, because it constantly restarts and can no longer be operated. Various Canon PIXMA and MAXIFY models are affected. After my reporting, Canon has confirmed the problem in a support post. The remedy is a manual firmware update of the Canon all-in-one multifunction device.

I received the information that there were sudden problems with Canon MX492 printers on June 1, 2022 via a closed Facebook group. The printers would suddenly fail to work and remain in a boot loop. The error occurred when the device was connected to a network (and thus to the Internet) via Wi-Fi connection. 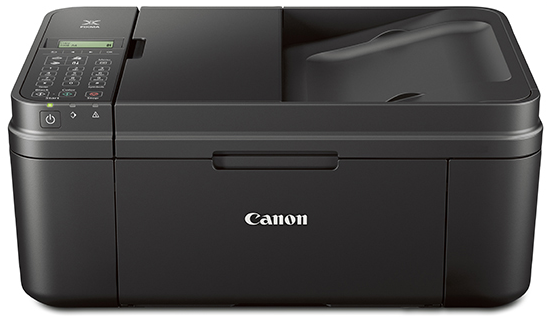 I had addressed the issue in the blog post Canon MX492 All-in-one devices are restarting repeatly with WiFi/Internet connection. What was clear was that there was a DNS issue with this device, though it remained unclear whether a firmware update from Canon was the cause of the sudden device break. I had mentioned two workarounds in the blog post above:

Some readers reported, however, that the second solution did not work because the printer could not be operated via the keypad (whether it is due to the people who have not disconnected the Internet connection, I can not judge).

To  The Verge, Corporate Communications Senior Director and General Manager Christine Sedlacek confirmed, "We are currently investigating this issue and hope to find a solution shortly, as customer satisfaction is our top priority." There recommended workaround was to disconnect the Internet connection. Then, a few hours ago, Canon confirmed that the bug had been found and affected the following device models:

More models may be affected – Canon then plans to expand the list. Canon's support post states that Canon U.S.A., Inc. recently discovered that certain Canon inkjet printers constantly reboot or shut down after the Canon logo appears when the product is connected to the Internet. In this case, the printer cannot be used.

The use of a USB printer cable when disconnected from the Internet is recommended from Canon as a workaround. In addition, Canon USA has already provided firmware updates for the affected devices to correct the bug.

The firmware updates to fix the bug must be downloaded from Canon's support pages for the affected devices and installed manually.

There you will find an html file with instructions to run the Printer Update utility located in the unzipped folder. The tool, developed for macOS or Windows, should guide you through the steps for the firmware update.