[German]Today (February 2 2015) is Microsoft Patchday – and Update KB3001652 Visual Studio 2010 Tools for Office Runtime is causing serious issues under Windows 8.1. It does not install and several users reporting a system lockup.

After writing my blog post Microsoft-Patchday February 2015, I initiated Windows Update and left my machine unattended. After returning back to my office, I found that Windows Update hung. 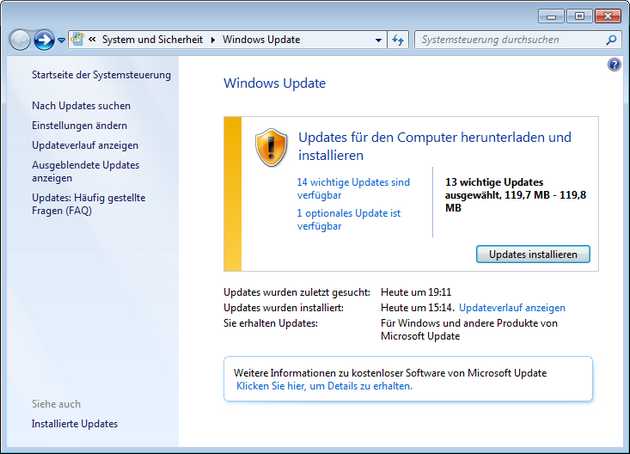 After forcing my Windows 8.1 machine to do a restart (glad it did not fail), I came to the conclusion that update KB 3001652 Visual Studio 2010 Tools for Office Runtime is causing the issue. The update history from my German Windows shows, that this update failed (as far as I found out, it seems that a license issue isn't properly solved – a user interaction is required, but the Eula dialog is never shown). 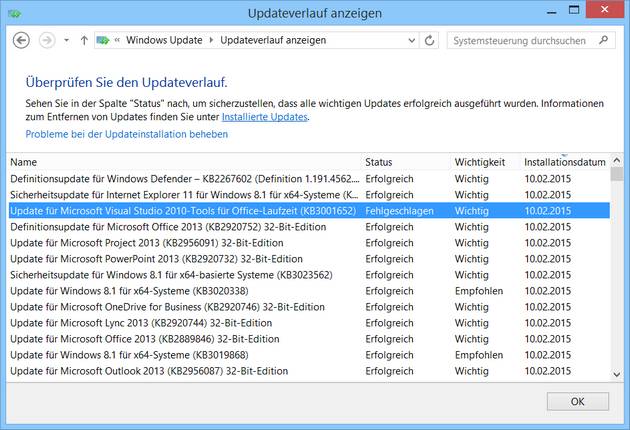 At Twitter we have a lot of posts about update KB 3001652 and also my German blog post Microsoft-Patchday Februar 2015 received several comments addressing this issue. As far as I have seen, Microsoft has already withdrawn update KB 3001652 – on my machine, the update isn't offered anymore.

Neowin.net writes here, that you need to hard reboot your machine. This is necessary only, if Windows stucks during shutdown due to a pending update. If Windows still works, but Windows Update is blocked, there is a smarter solution. If a pending update KB 3001652 blocks Windows Update, just invoke an administrative command windows (Run as administrator) and enter the following commands:

The first command stops Windows Update and terminates the install process. The second command restarts Windows Update service for further updates. Afterward you should save your work and invoke a restart of Windows.

Update: According to this tweet from Gabe Aul, a simple reboot should clear the update stack and unblock the machine. The VS Update has been pulled from Microsoft. If that doesn't help, try my solution above or Gabe Aul's suggestion and run Windows Update trouble shooter to fix it.## 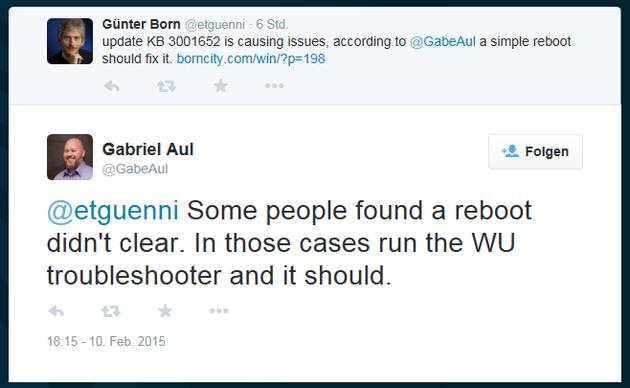 A reader of my German blog post mentions that DISM reports an issue afterward. In this case I recommend to run Windows Update trouble shooter (fixit) to cure the problem.

A possible solution to install this patch successful: Just go to the site Visual Studio 2010-Tools for Office runtime, download the patch and install it manually. Or just wait, till Microsoft enrolls a revised update package.