[German]Microsoft has releases several updates on August 1, and August 8, 2017 for Windows and other products. Some users are reporting several issues caused by these updates. Here is an overview, what I’ve found so far. 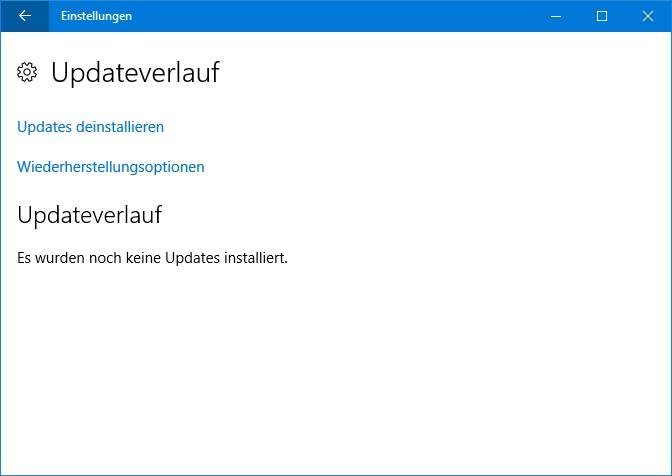 Microsoft has confirmed this bug in KB article KB4034658, where the ‘Known issues’ paragraph says:

#1: For some users, their “Update History” does not list previously installed updates.

As an alternative, to see which quality updates have been applied, navigate to the inventory by going to Control Panel -> Programs -> “View Installed Updates”

#2: Some users may find that updates that were previously hidden may not be offered after installing this update.

Updates that were previously hidden can be hidden again.

No Office security updates are offered in WSUS

I’ve documented some security updates for Office within my blog post Microsoft Office Security Updates (August 8, 2017). Several German blog readers mentioned, that none of those Updates are not offered via Windows Update. For users having click to run packages of Microsoft Office installed, it is clead. Click to run installs will be updated via the Office installer. But I received also feedback, that WSUS didn’t receive those Office updates.

Within this Windows 10 forum thread someone reported issues (slow boot, explorer crashes, VSS issues). The user finally mentioned, that he has used DISM++ to customize Windows 10. Also AVAST antivirus software has been involved.

this morning I found another bug associated with KB4034681. We are using NPS with Certificate authorization – which failed this morning. After testing, we found that KB4034681 was the root cause.

Michael pointed to this Technet forum post, where the issues with Network Policy Server (NPS) is also discussed. Microsoft has published a workaround within this KB article:

NPS authentication may break, and wireless clients may fail to connect

On the server, set the following DWORD registry key’s value to = 0: SYSTEM\CurrentControlSet\Services\RasMan\PPP\EAP\13\DisableEndEntityClientCertCheck

Just a short note: Microsoft has closed a Windows Elevation of Privilege Vulnerability (CVE-2017-8563) for Windows Clients on July 11, 2017 with an update. This update shall improve LDAP authentication. Within this comment a German blog reader reported, that delegated administrators can’t reset passwords anymore.

A blog reader reported, that after installing update KB4011051, hyperlinks in Excel works no more. The blog reader posted a link to this Microsoft forum hread, where the issue is confirmed by several users. There is also a comment, that KB4011051 blocks the plugin for Document Management Software LoboDMS in Outlook. Another blog reader send me an e-mail, that some customers are reporting the following issues.

But I have no further details about the issues listed above.