[German]Some users of Windows 10 get a strange error message when trying to install Apple’s iCloud client. Windows says that that Media Feature Pack is missing. Here is some information about this issue.

German blog reader Matthias N. informed me about that issue that has been discussed within German Microsoft Answers-Forum. Here is an English discussion thread about that topic.

Owners of Windows 10 systems that are also uses Apple products has probably to install Apple’s iCloud. Some Windows 10 users occasionally are facing an installation abort with the message:

This program obviously needs the media features of Windows that were not found on the affected system. The error dialog box gives specific instructions on how to proceed. But what’s the reason for the missing media features?

The first reason why the above message may appear during iCloud installation is that a Windows 10 N (or KN) version is used. These variants were introduced by Microsoft under pressure from the EU Commission and from Korean government. Both SKUs doesn’t contain any media features or Windows Media Player (WMP).

If you have a Windows 10 N version, you can add the media functions via the Media Feature Pack. There is a separate package for each Windows 10 build. I have summarized what to know about within the following blog posts.

If you don’t use a Windows 10 N variant, but still get the above error message during iCloud installation, you are facing a problem. The Media Feature Pack cannot be installed on such a platform – the functions are already included in the operating system.

This was the scenario mentioned within this Microsoft Answers forum thread. In this case, it is highly likely that the media features have been removed under Windows 10. 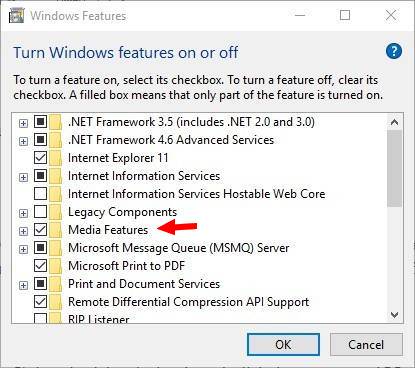 This case has been discussed within this Apple support page. Search in task bar’s search box for Windows Feature. Then check, if the Media Features (and Windows Media Player) are unchecked – check the item (see screenshot above). 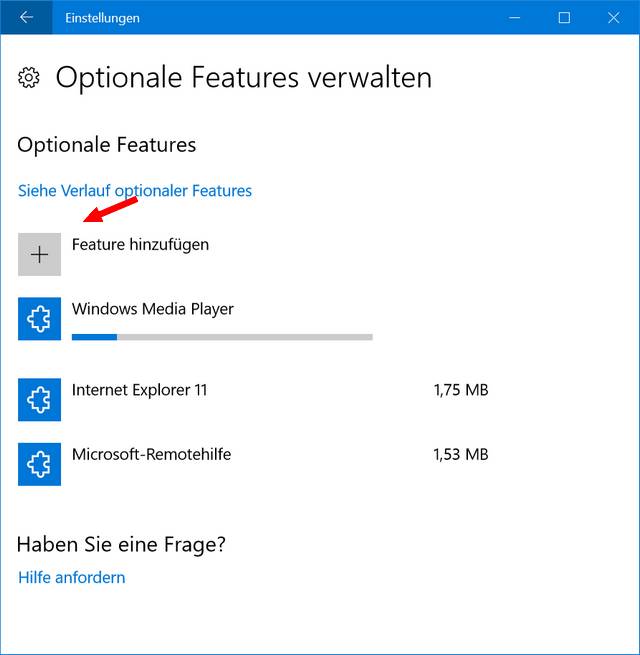 Within my blog post, as well as in this Microsoft Answers forum post is described how to add the WMP via optional features again to the system.

Within this Microsoft Answers forum post it wasn’t possible, to add WMP. Windows 10 refused to do that. Here is the German error message.

The user received error code 0x800F0821 when trying to add the WMP to Windows 10. The code indicates that the operation has been aborted. During the discussion within the thread, the antivirus solution has been uninstalled. Afterward it was possible to add the WMP and install the iCloud. In the concrete case, the Avira virus scanner was the culprit.

A Registry hack, to solve the situation

During writing this blog post I came across this post, which says that the request for media features is an outdated requirement from Windows 7. If none of the above fixes the issue, launch registry editor regedit.exe as administrator. Go to the registry key:

This entry was posted in Cloud, Windows and tagged iCloud, issue, Windows 10. Bookmark the permalink.