[German]Within the blog post I like to document another strange observation made by an administrator on a German Windows 10 Enterprise. The Windows Defender Application Guard displays a user interface in either Czech or Polish.

Windows Defender Application Guard (WDAG) is available as a security feature since Windows 10 Enterprise version 1709. Designed for Windows 10 and Microsoft Edge, Application Guard helps isolate the untrusted Web sites defined by your organization. An administrator can define for a company what belongs to the trustworthy websites, cloud resources and internal networks. Anything not included in the list is considered as untrustworthy. Microsoft has published this WDAG description with details. This article describes how to activate WDAG, and this English article describes, how to use WDAG to secure Edge.

Let’s come to the issue, German blog reader Werner P. is facing. Werner wrote within an e-mail, that he has a newly unpacked Fujitsu Q957 with Windows 10 Enterprise V1803 that has been updated to the least recent patch level. Windows 10 Enterprise is set up in German, as shown in the following screenshot. 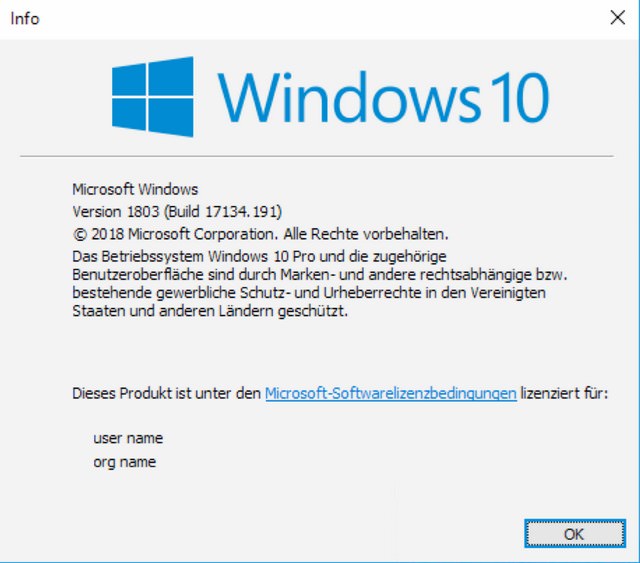 If nothing noticeable – and if I put the WDAG into operation on this client, I assume that the administration windows are displayed in German. But Werner wrote:

I have a strange behavior when activating Windows Defender Application Guard on a newly unpacked and updated Fujitsu Q957.

Werner send me the screenshot below showing that strange behavior. Edge has a German GUI, while the message in WDAG is Czech or Polish. 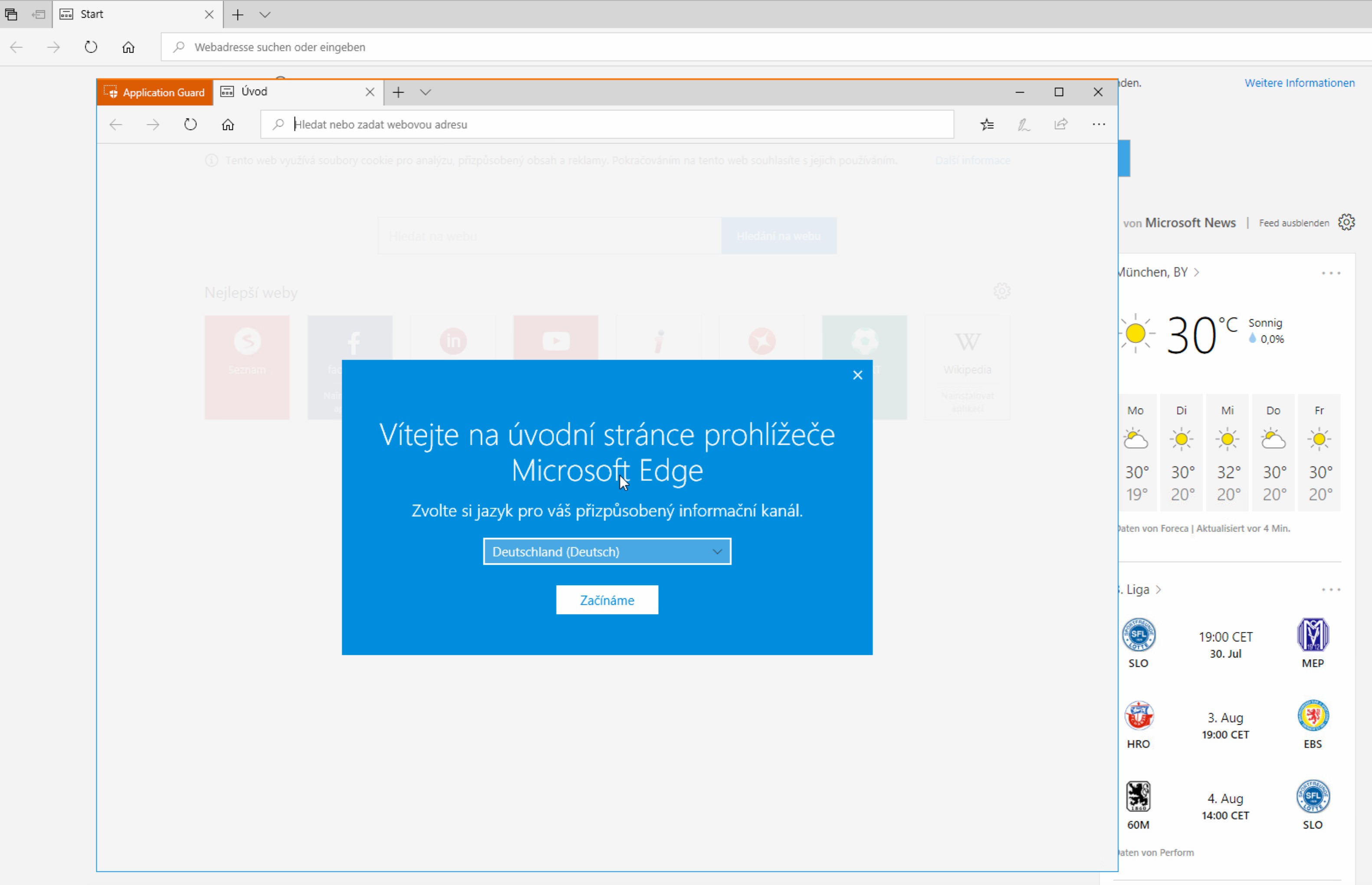 Werner mentiones that he found nothing similar to this error searching the Internet (I was also not successful). Uninstalling and reinstalling this feature is, according to Werner, unsuccessful. Besides a bug, I would think of a check of the system per DISM and the temporary change of the location in the settings. I suggested it to Werner.

Werner answered, that DISM didn’t helped, and the machine have had only a German language pack installed. He has added an Englisch language pack, switched the language, but without success. He assume, that the Fujitsu image is probably wrong and will try a Microsoft image. If that helps, I will add the information.

Since I don’t deal with the Windows Defender Application Guard, I post the topic here in this blog. Maybe one of you admins has an idea or is even affected. Let’s see if there’s any feedback.