[German]Microsoft has released a new Security Advisory on November 6, 2018 with hints for hardware and software encryption on Bitlocker SSD drives. Fits to a topic that I mentioned a few hours ago in a separate blog post.

Within the Security Advisory Microsoft reacts to exactly the fact that I mentioned within the above article that Bitlocker encryption of SSD drives is vulnerable if the hardware-supported variant is used.

In the ADV180028 Microsoft confirms that there have been reports of a vulnerability in the bitlocker encryption of SSD drives and provides specific advices.

How to check the used Bitlocker encryption method?

If an SSD is built into the system, Microsoft suggests using the command manage-bde.exe -status in an administrative command prompt (The abbreviation bde presumably stands for Bitlocker Device Encryption).

1. Open an administrative command prompt (e.g. enter cmd in the search box and use the context menu command Run as administrator).

2. Execute the command manage-bde.exe -status within the command prompt window and inspect the status messages.

I tried that command under Windows 7 SP1 and Windows 10 V1809, knowing that there is no Bitlocker encryption in use. Here is the status output of the command: 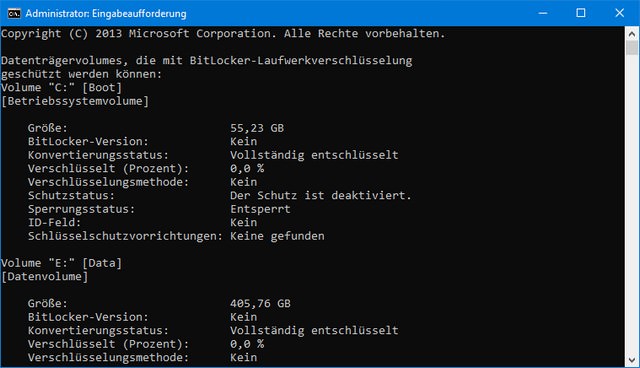 If none of the listed drives reports "Hardware Encryption" in the Encryption Method field, then this device uses software encryption or there is no Bitlocker encryption. Then the machine with its drives is not affected by (newly disclosed) vulnerabilities .

I am affected, what should I do?

If you are using BitLocker Drive Encryption, changing the Group Policy value to enforce software encryption alone is not sufficient to re-encrypt existing data.

To resolve the vulnerability caused by hardware-based encryption, follow these steps:

At this point, Microsoft also clears up a misunderstanding, which I have torn out in the blog post SSD vulnerability breaks (Bitlocker) encryption. Microsoft writes:

IMPORTANT: You do NOT need to reformat the drive or reinstall any applications after changing BitLocker settings.

The Group Policy settings for Bitlockers can be found in this Microsoft document. For additional questions or ambiguities, Microsoft ADV180028 should be consulted. All in all, it must be said that Microsoft has reacted.

It might be the GPO described here, that changes the encryption method. Martin Brinkmann has a more detailled description about that GPO at ghacks. But that thing is getting even stranger. Microsoft writes, that hardware based encryption support is beeing used by default, if supported (the settings within the GPO properties are indicating the same). 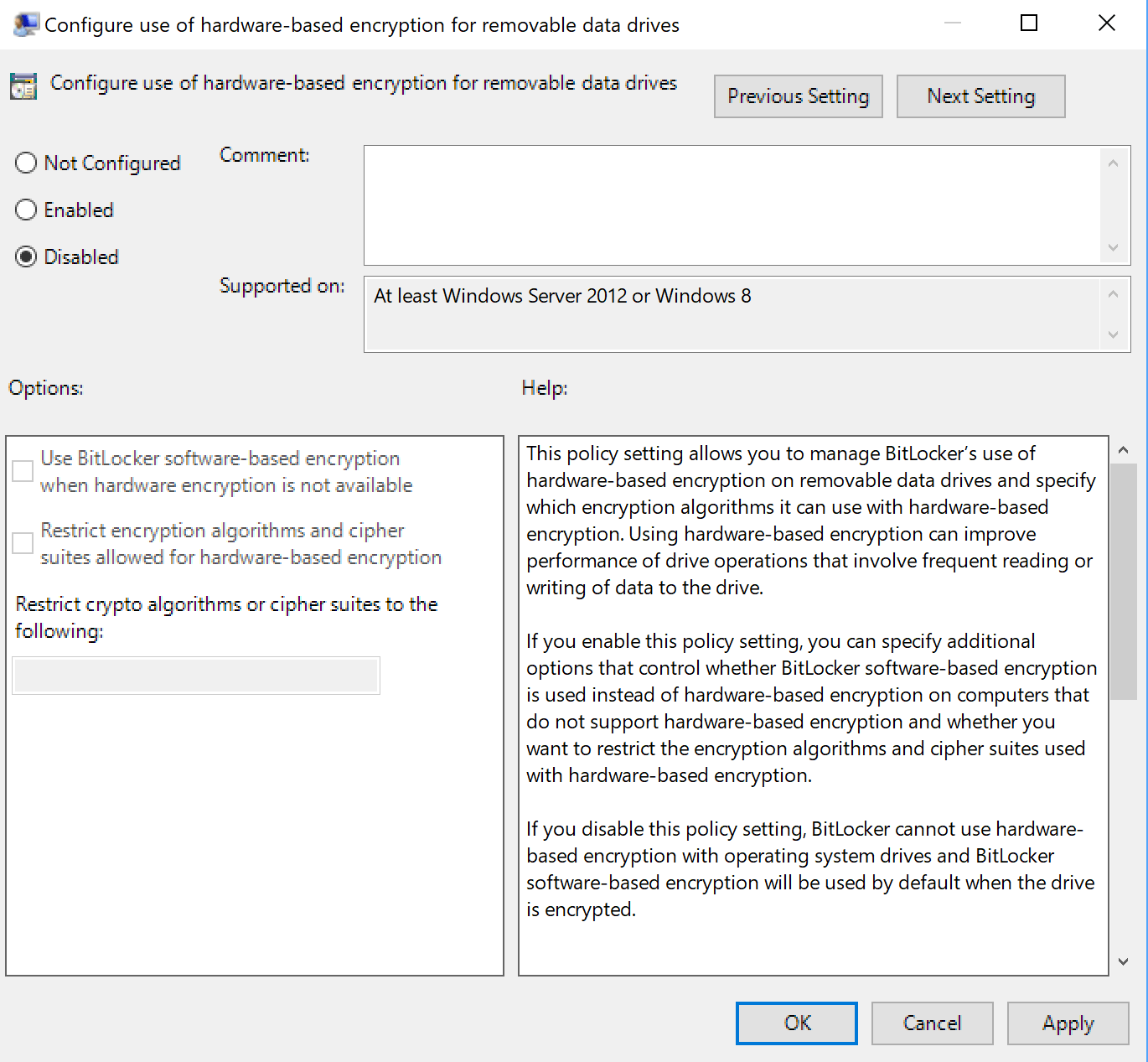 I received feedback from 2 German admins/consultants, administering large Windows install bases. They tolde me, the didn't found a machines using hardware based encryption. Maybe something is still missing, so no Windows machine is able to use haredware based encryption?