[German]In Windows 10 May 2019 Update (V1903) there are some bugs that people have noticed. Here are some findings that blog reader Reto F. have pointed out to me. Nothing serious, but unsightly.

Blog reader Felix R. already e-mailed me about this in mid-August 2019 and wrote the following:

In the appendix I described 4 bugs, which I stumbled across and can't find any further information on the net. I reported everything to Feedback.hub. But nobody was interested in this yet. Maybe you can make these bugs known to a wider audience.

It's a well-known phenomenon, the Feedback-Hub is used to make people get rid of their displeasure – but it's not always corrected what was reported.

Reto wrote: On Windows 10 1903 (also 1803) systeminfo.exe returns a different time zone than the Settings page or the Control Panel. The same time offset but still wrong. 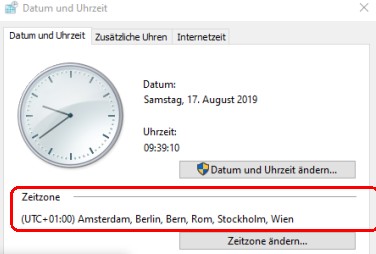 In the two screenshots above you can see the time zone setting of Windows 10 Version 1903 in the Settings app and in the Properties window Date and Time. The two settings are identical. 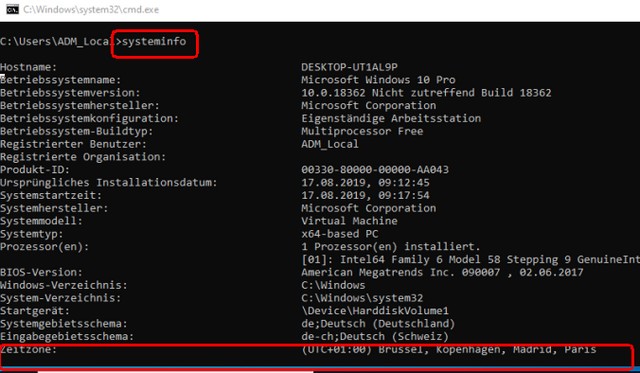 On the other hand, if you query the system info in Windows 10 via systeminfo.exe, it returns a slightly different value (Amsterdam is missing). The blog reader noticed this with the Windows 10 version 1903 Build 18362.175 and writes: With Windows 10 1703 this was still correct. I checked it at build 18362.329, so the information seems nor correct.

Internet Explorer has problems adding certain Web pages to the list of trusted Web pages. Reto writes that *.amazonaws.com cannot be added to the trusted pages. 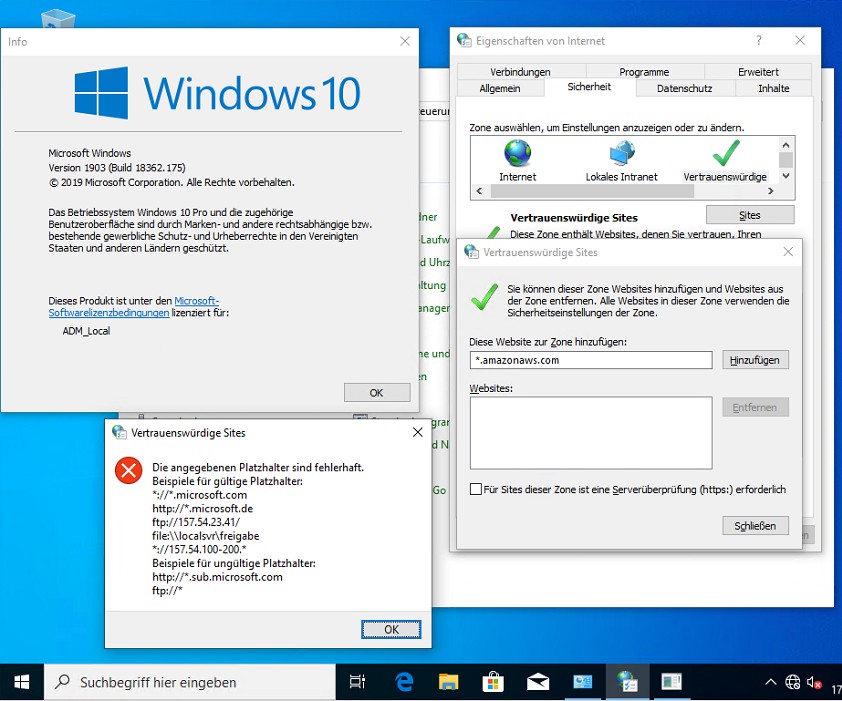 A strange error message. But it's even more crude – if you type an incorrect URL, it's assumed. The URL *.amazonaws1.com can be added – I was able to verify that. 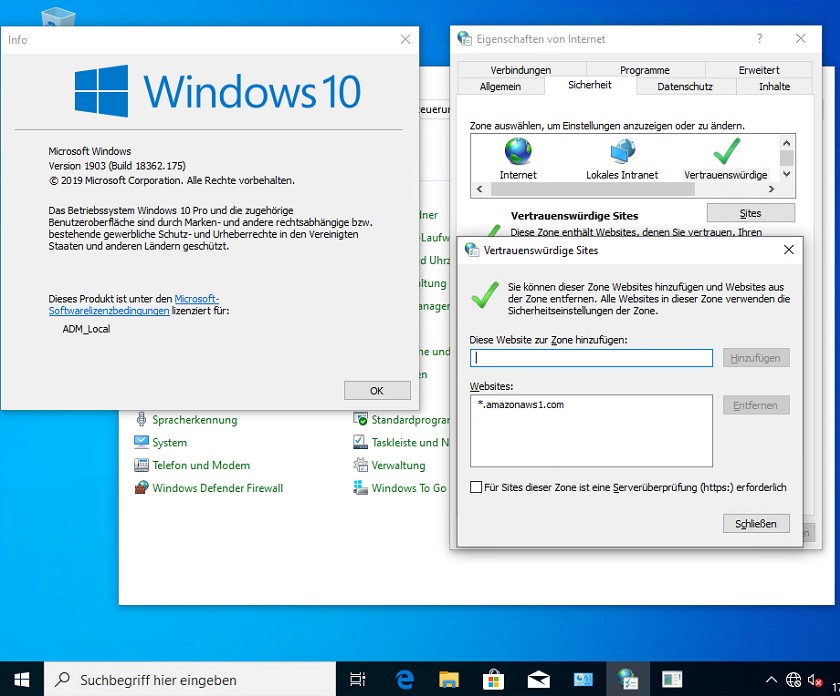 Reto writes about it: A rogue, who thinks that the competition should be locked out. On Windows 8.1, both still work.

In Windows, data execution prevention can be used to protect against viruses or malware. Windows 10 version 1903 has problems. Reto writes:

For security reasons I activate the data execution prevention since Windows XP for all programs. After each upgrade, the less secure default setting is active again. 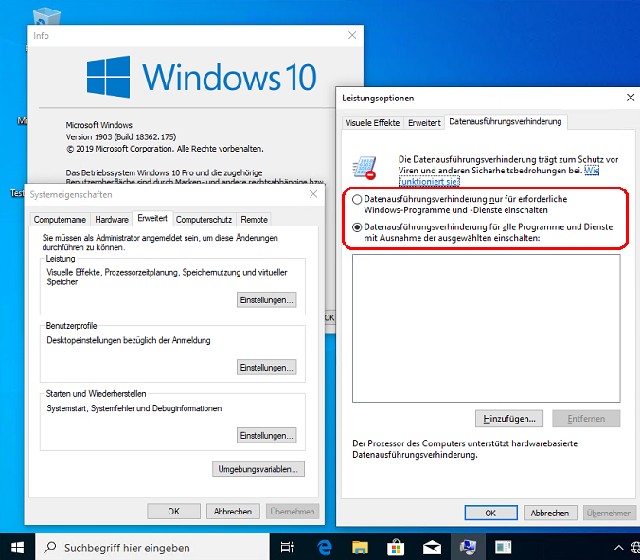 In Windows 10 V1903  there is a localization error in the German registry editor. Reto writes about it:

Since the registry editor has an address line you can't call the file menu with ALT+D anymore.

MS also uses ALT+D in the English version of the Explorer for the address bar.

With the German version ALT+E is used in the Explorer to prevent the collision with ALT+D for the file menu.

Unfortunately MS has not adapted this for the address line in Regedit. 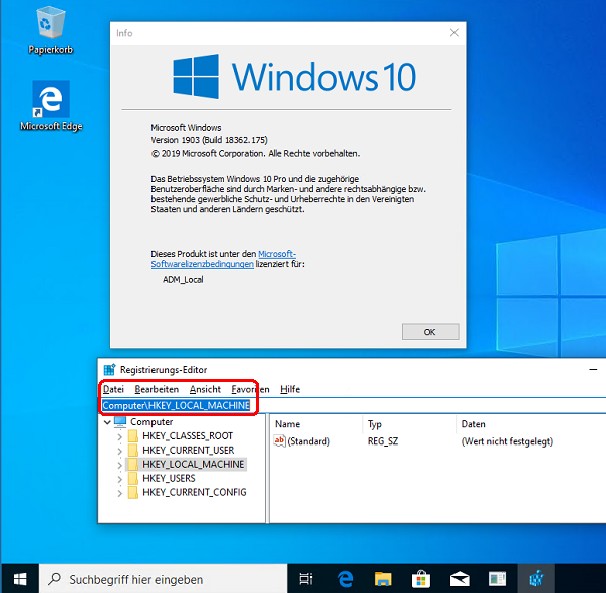 Not a drama, but also not really nice when the bugs are reported in the feedback hub, but nobody cares. In part 2 I pick up further inconsistencies.

This entry was posted in issue, Windows and tagged Error, Windows 10 Version 1903. Bookmark the permalink.