[German]Very unpleasant thing: I just came across a case where a Surface Pro 4 suddenly didn't want to charge anymore, then the battery swell and the device caught fire.

Microsoft's marketing people recently are praising their Surfaces and trolls against Apple's MacBooks (see here). But in practice the Surfaces are good for many issues. Since the devices have been released, I've had frequent blog posts about real issues of those devices. Battery problems with the Surfaces are always a topic. Sometimes the batteries are discharged too quickly and Microsoft tries to tinker it away with a firmware update. Then suddenly batteries die early (see Fix for Surface Pro 3 battery degradation?).

There is also a battery problem with the Surface Pro 4 units. I recently blogged about it here in the blog (see Are there Battery Problems with Surface Book 2 and Pro 5/6?, where I mentioned it).

Shortly after the devices fall out of warranty, the batteries of some units bloath. In the best case, the display will jump off and the device will be broken. The articles here shows photos of a detached display. There are also hits for other Surface models (here, here, here and here). The buyer is standing in the rain, because Microsoft does not react.

Now a case has come under my eyes, where the topic 'battery inflates itself' went quite wrong. Because the Surface Pro 4 caught fire. MVP colleague Barb Bowman told me about the following tweet.

The affected owner of Surface Pro 4 has described the whole thing in Microsoft's Answers forum in the category for Surfaces.

So my Surface Pro 4 here had 4 years of extended warranty that I purchased and 3 months after it ran out my Surface all of a sudden stopped charging and now won't turn on.

Also, the battery started to bulge enough to damage the screen and some other components because IT CAUGHT FIRE!!

Any help on the matter would be appreciated.

It all started when a four-year-old Surface Pro 4 with extended warranty suddenly refused to load and could no longer be switched on. The user suddenly noticed that the battery was inflated and the display jumped (see photo below). 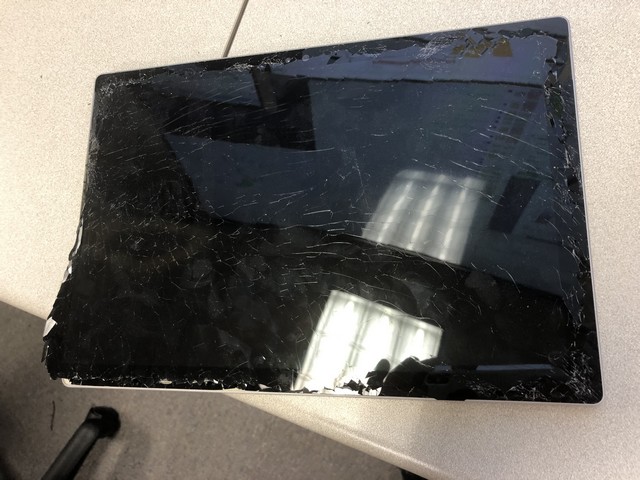 When the user then lifted the detached display to look at the damage, he found that it had burned inside the device. The following photo shows this fire damage. 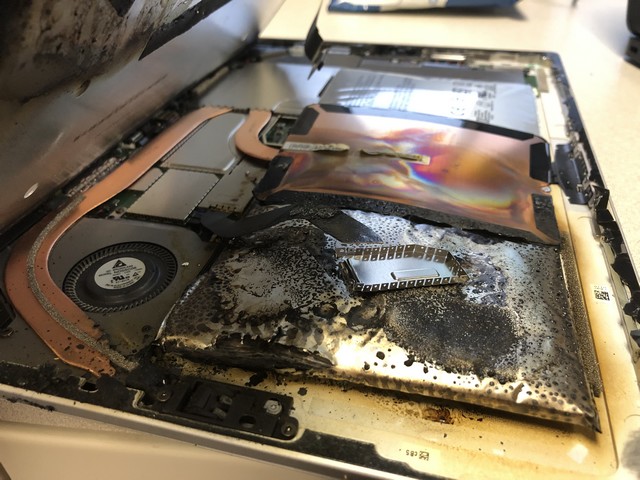 Even on the back of the case you can see traces of fire from the heat development of the battery fire inside (see following photo). 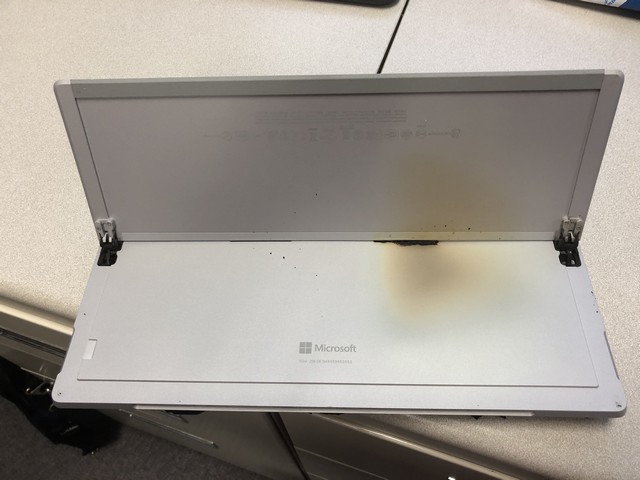 Although the whole thing was an isolated case and probably went off lightly, nothing in the apartment was affected. But the bottom line is that we have what has caused Samsung a lot of reputational damage. And taking a surface into an airplane could possibly soon become a problem.

Addendum: It seems that another Surface cought fire during a flight, as Barb Bowman pointed out within the tweet below.

not to mention a @Surface that supposedly caught fire on a plane. APPLE is doing the 'right thing' https://t.co/BU2BWhooRA but there is only silence Microsoft Microsoft. pic.twitter.com/zVuLDNYTx1