Audio quality is lost in games

It's a strange story that came to my attention yesterday on the Internet and through this comment. After installing Update KB4515384 on Windows 10 Version 1903, players are experiencing audio problems. Specifically, people notice a significant deterioration in audio quality. On reddit.com a user reports his experiences:

Basically title. IDK what is wrong with it, but with KB4515384 my in-game sound lost all bass notes. It didn't affect video player, audio player or browser. Uninstalled it – sound in games went back to normal. Just leaving it here, maybe it will help somebody with the same issue.

After installing the update KB4515384 under Windows 10 Version 1903 the user has lost all basses in his games. As soon as he uninstalls the update, the audio output is available again in the usual quality.

Other users report that some games are suddenly quieter than the audio output before the update was installed. Other players complain about a 'washed-out' sound in the audio output. Another user writes that certain sound effects 'oscillate' wildly between channels (of the headphones).

In Microsoft Answers forum a user complains about a 'lost' Realtek sound card driver after installing this update. It is currently unclear to me how many users are affected by this.

Besides uninstalling the update, some people have found workarounds that help. However, there is no universal solution that applies to everyone.

Windows Latest has some step by step explanations, how to change audio settings. Also the update of a USB audio driver came under my eyes as a fix. The following links deal with other problems that some users are struggling with despite installing the update.

Addendum: A user within this thread wrote, that he believe, that he has found the cause for this issue. He inspected the volume settings for Appsand device preferences within the Settings app. 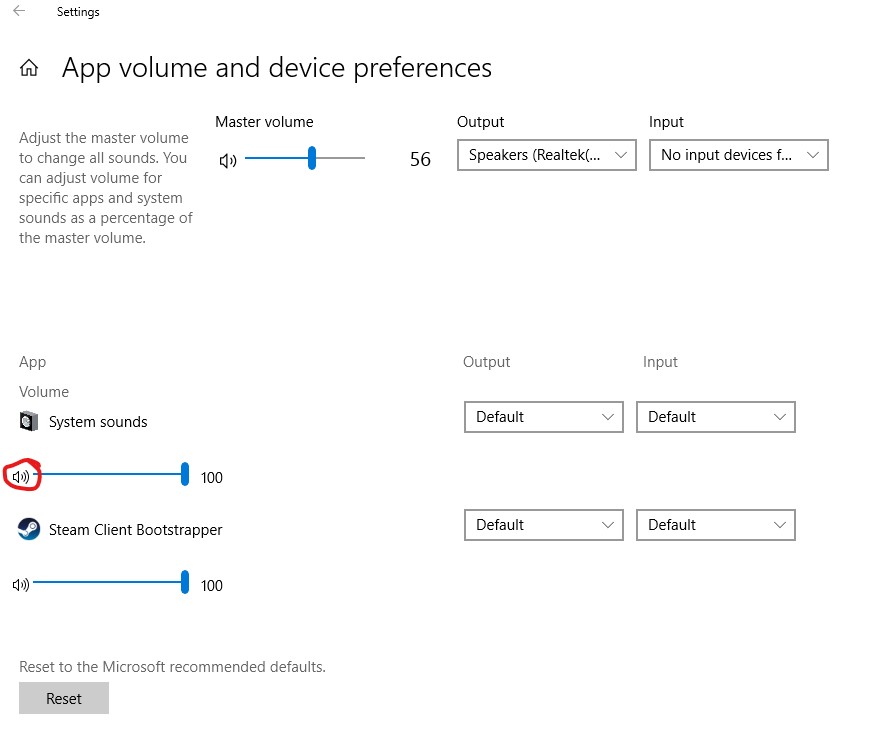 There he noticed that the system sounds were set to the lowest volume (mute), although the volume control in the taskbar did not show this. He then pulled up the System Sounds slider and had the old volume again.