I became aware of this issue last night with the colleagues at Bleeping Computer – they addressed it in this article and on Twitter. 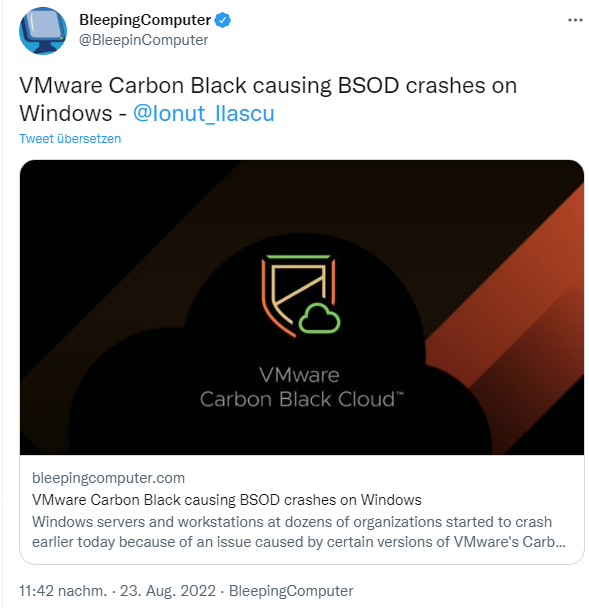 Anyone affected by this issue?

This entry was posted in issue, Windows and tagged Virtualization, Windows. Bookmark the permalink.