The topic passed me by a bit until I became aware of the following message from Will Dormann on Twitter. 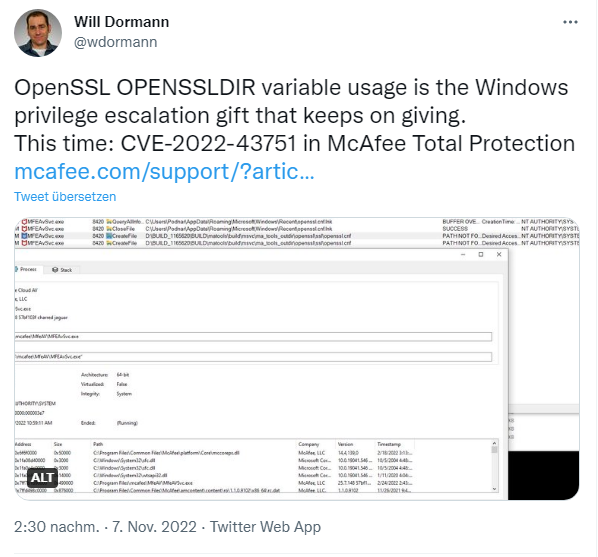 Dormann points out that the use of the OpenSSL variable OPENSSLDIR allowed a Windows privilege escalation. This error appeared again and again. McAfee published a security bulletin on October 31, 2022, regarding a vulnerability in the search path element. The vulnerability, CVE-2022-4375, could allow an attacker to gain access to the device running the vulnerable software or other connected devices.