In March 2017 a new attack, named DoubleAgent, has been published. Attackers can use Microsoft Application Verifier shipped in Windows to bypass antivirus software.

The details has been published a few days ago. Security researchers at Cybellum discovered a new way to bypass antivirus software. Microsoft ships the tool Microsoft Application Verifier within all Windows version. Application developers may use this tool to test code for runtime errors. This requires to load a DLL within the app to be tested. Researchers at Cybellum has discovered, that it's possible, to load an own 'verifier DLL' instead of the DLL provided from Microsoft Application Verifier. 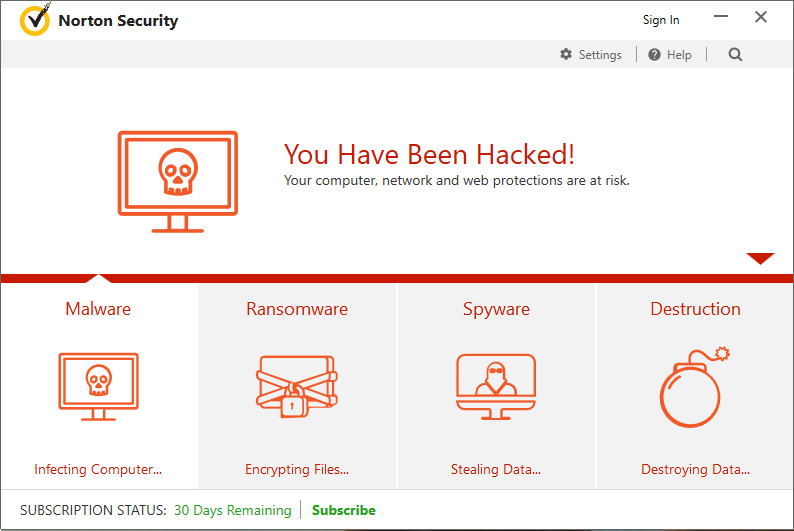 The researchers at Cybellum created a proof-of-concept attack, to bypass antivirus software. The above screenshot shows a modified Norton Security dialog after an attack. Currently many antivirus vendors are affected:

Some vendors like Malwarebytes version 3.0.6 Component Update 3, AVG version 16.151.8007 and Trend-Micro has delivered patches. Other vendors will surely follow. A DoubleAgent attack may be used for:

The proof of concept may be used to damage systems and misuse the infected systems for DDoS attacks. Further details may be found at Bleeping Computer.