[German]Her’s another short article on to topic ‘Google’s Chrome browser suddenly shows black boxes on web pages while surfing’. The subject comes up every now and then. Currently it may hit Windows users with the Chrome 66.

Using Google Chrome, it can happen that black rectangles suddenly appear in the browser window. The following picture shows the effect, whereby I blurred the content of the actual website (shown in the background) for data protection reasons. 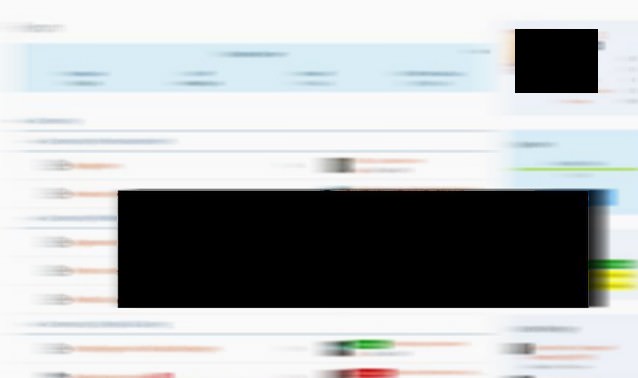 When scrolling, the black areas somehow stay within the browser window and do not disappear either. I’ve been affected since I updated to Google Chrome 66 portable. Sometimes the rectangles get distorted when you close and reopen the browser – and there is no reproducible behavior.

I myself thought the whole has something to do with my graphics card driver or I supposed it’s a memory issued of the chrome browser (many tabs are often open here). Yesterday I came across a similar user report on Facebook and did some research.

The problem has been occurring for years

A brief search for ‘Chrome black boxes’ revealed that the issue has been reported sporadic for years. The article Fix Chrome Shows Black boxes on Screen gives some hints like installing the latest version of the browser, activating hardware acceleration etc. Also here you will find similar tips.

A bug in Google Chrome 66

But with Google Chrome 66 you don’t have to do anything. The issue is known because the bug report 836230 Black boxes appearing in different spots on numerous pages has been available since April 24, 2018. It appears only under Windows. In this community thread the topic is also discussed and there are further screenshots (e.g. in this article at Chrome 66.0.3359.117).

According to the forum entries the bug is probably fixed in Chrome Canary Build 68.0.3412.0. When the fix will enter the stable channel of the Google Chrome browser is not quite clear to me. This page writes that the bug has occurred again since Chrome 60, increased in version 66 and should be fixed in Chrome 67. Maybe it will help those affected.

This entry was posted in issue, Windows and tagged Bug, Google Chrome 66. Bookmark the permalink.