[German]Last night Microsoft released the .NET Framework update KB4340558 for Windows. As it looks, this update is buggy and cannot be installed. The installation ends (on some systems) 0x80092004. Addendum: Microsoft has published workarounds – see addendum below.

The specified security fixes therefore suggest that you install this security update quickly.

German blog reader Markus B. contacted me today via e-mail (thanks) and described his observation.

KB4340558 is running on error. 60 PCs cannot install it. Find also already the first forum posts to it. Don't seem like the only one.

A 2nd blog reader from Greece reported the same to me via e-mail. Currently ther is only a German forum post, describing the same error. Also downloading the package from Microsoft Update Catalog and install ist manually, ends with the error dialog shown below. 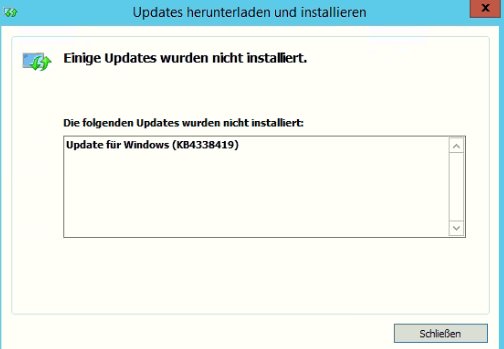 However, Markus B. wrote, that he received an install error code 0x80092004 (not shown above), which should be found in the event logs. Error code 0x80092004 stands for CRYPT_E_NOT_FOUND, 'The object or property was not found'. This indicates that something was not found within the package. I assume that Microsoft broke something within the package and have to re-release a new version.

Below user Valter left a comment, shedding a bit light into that issue. I mentioned the CRYPT_E_NOT_FOUND meaning for error code 0x80092004. Blog reader Valter found the following entry within his event log:

So it seems that one part of the update is missing a has value, so the update installer refuse the package. PenIMC stands obviously for a pen component (Pen Input Mode Component?).

For curiosity I went to Microsoft Update Catalog and tried to download KB4340558. The goal was to analyze the package. 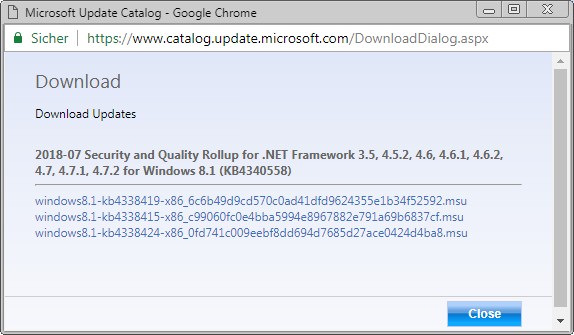 I read also some forum posts (see here at spiceworks), where users are claiming, that the update installs on Windows Server 2012 R2 without a flaw. Due to the fact, that we have a cumulative update, it's explainable, that not all Windows 8.1 and Windows Server 2012 R2 systems will fail. Some are probably patched, while on others updating NetFx4-PenIMC fails due to the missing hash value.

What helped some users

Addendum: At askwoody.com there is this forum post, where a user wrote, that entering the command below in an administrative command prompt windows helped.

Just try it and reboot Windows. If it works, it's fine, but I'm skeptical.

Sum it up and final recommendations

Before I wrote the blog post, I've 3 different cases, where this update fails during installation on Windows 8.1 clients or Windows Server 2012 R2. After publishing the German and English article, I received another 8 confirmations of this error so far. There are also posts at Microsoft answers, at askwoody and spicework community.

All approaches as using sfc /scannow and dism, to repair Windows system files and component store, or delete the update store, won't help. Also an attempt to install the package from a download via the .msu file will fail. Currently my recommendation is to hide the update, and wait until Microsoft releases a revised patch or recommendations to fix the install issue. I've escalated the issue within this Microsoft answers forum thread, and I created this Technet forum thread – let's hope that help. If you are affected, you can leave a comment. If a solution is known, also.

Microsoft has added a 'known issues' section to KB4340558 with the following text: