Was Microsoft Teams down? Yes, but it’s fixed dude

Were Microsoft teams down on February 18, 2019 for some users? I can’t test anything because I don’t use Microsoft Teams. But there are hints, that the services has been down for some users.

First I became aware of the problem through this comment on the blog post Microsoft, die Cloud- und die XBox-Ausfälle by reader Daniel.

and today it hits Microsoft teams. How long will management be watching this quality issue?

Then I saw this OnMSFT article here or the article here. There was also some users who reported out the problem via Twitter or on reddit.com:

Something went wrong @MicrosoftTeams is down. Do not logoff, you connot logon anymore. Error 500

Especially US users could not log in to Microsoft teams. Downdetector.com reported a problem in the afternoon (see screenshot). 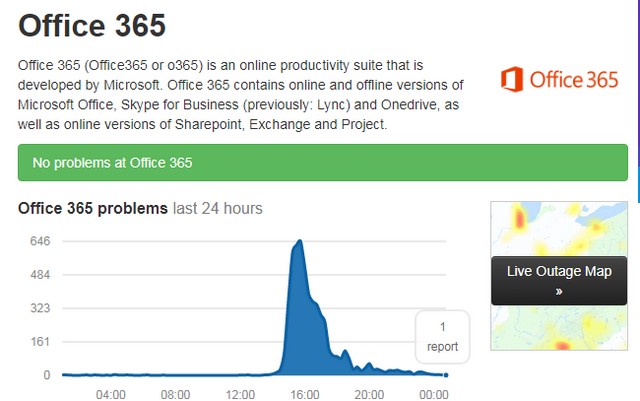 The outage appears to have been more widespread in the United States, but some users in Central Europe were also affected. The status page did not report a problem, but in the Microsoft 365 Admin Center the problem should be noted under TM173756. Microsoft confirmed the problem via Twitter.

We’re investigating an issue in which users may be unable to access Microsoft Teams. More details can be found in the admin center under TM173756.

According to The Verge the issues has been fixed now. How to fix such an issue, will be shown below:

This entry was posted in issue and tagged Teams. Bookmark the permalink.