In September 2019, I had mentioned in the German blog post Microsoft setzt CCleaner-Domain [im MS Answers-Forum] auf die Black-List that Microsoft had put Pirifom's optimization and cleaning software CCleaner on the list of unwanted programs. Specifically, the entire domain of Piriform was put on the blacklist. A few days later there was the back rowing when Microsoft removed the entry again..

They did it again: Defender blocks CCleaner

Various media have noticed – Microsoft has once again pulled the rip cord and classified the cleaner as a potentially unwanted program (PUP) via Windows Defender.

On this Microsoft page there is a note that Windows Defender now detects an unwanted program PUA:Win32/CCleaner. The reason for this is as follows:

Certain installers for free and 14-day trial versions of CCleaner come with bundled applications, including applications that are not required by CCleaner or produced by the same publisher Piriform. While the bundled applications themselves are legitimate, bundling of software, especially products from other providers, can result in unexpected software activity that can negatively impact user experiences. To protect Windows users, Microsoft Defender Antivirus detects CCleaner installers that exhibit this behavior as potentially unwanted applications (PUA).

Martin Brinkhaus of ghacks.net put it in a nutshell in his tweet with the image of the installer: Piriform, which belong to Avast, also deliver the Avast antivirus software in a bundle with the test program.

Avast's attempt to bring its free antivirus solution with the Ccleaner to the user community has backfired. Microsoft then also writes:

PUA include CCleaner installers that have been found bundling the following applications. Note that these are normal applications that are not detected by Microsoft Defender Antivirus.

While the CCleaner installers do provide an option to opt out, some users can easily inadvertently install these bundled applications.

So the Google Toolbar and the Chrome browser are also installed with the CCleaner. Bleeping Computer has probably covered the story for the first time in this article. There are statements from Microsoft and Piriform. Piriform writes that the free version and Recuva are affected, but not the paid version. Let's see how long this ban lasts.

Background to the CCleaner

Cleaner is a free tool for cleaning up Windows – Wikipedia writes here about 'optimization'. Some hints on what is 'cleaned and optimized' can be found under Askvg. I don't like this part (I've met too many people in forums who have used it to clean their systems to the breaking point) and see CCleaner more as a kind of snake oil (not really necessary, but the tool is very popular among users). 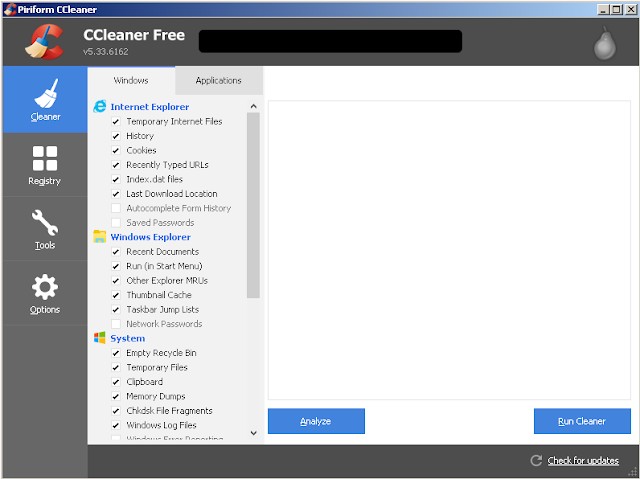 This entry was posted in Security, Software, Windows and tagged CCleaner, Defender. Bookmark the permalink.