[German]Last week users running Windows 10 or Windows 11 went into trouble. Microsoft decided to install Spotify on many user systems, regardless of whether users wanted it or not. In addition, Spotify starts automatically when Windows is subsequently booted – and annoyed the users with popups. Didn't really go down well for many users.

Spotify is an audio streaming service from a publicly traded company based in Stockholm. The service allows users to listen to over 82 million DRM-protected music tracks, as well as podcasts and audiobooks via Internet connection and/or add them to their own library.

The service is available on a variety of devices, including PCs, smartphones and tablets. Users can browse the available music catalog and create playlists using the apps provided and share them with other users. Spotify uses a freemium model. Basic and basic services are free and ad-supported, while advanced or additional features are part of a "premium" offering.

If I remember correctly, there was once a move by Microsoft to buy the Spotify service. Personally, though, I remember Spotify here on the blog for the numerous articles about outages, security holes, and hacks (see links at the end of the article).

I noticed it the week on German site Dr. Windows, who covered the topic. In the Dr. Windows forum, users had reported that they had suddenly been forced to install the Spotify app. And every time they started Windows, and an annoying Spotify ad popped up on the desktop. The thread creator wrote:

I suddenly have an annoying advertisement for Spotify on my computer that cannot be removed. At least I couldn't get it to work. It pops up every time I start it. How do I get this crap back down? 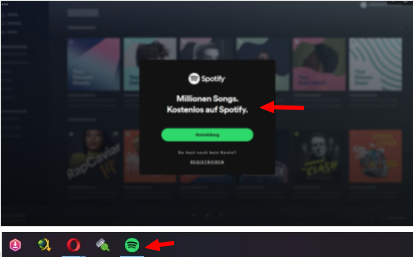 The user had still posted the screenshots above, showing both the annoying ads on the desktop and the icon in the taskbar. However, the issue also popped up on Twitter, as shown for example by the following tweet and the tweets here and here. 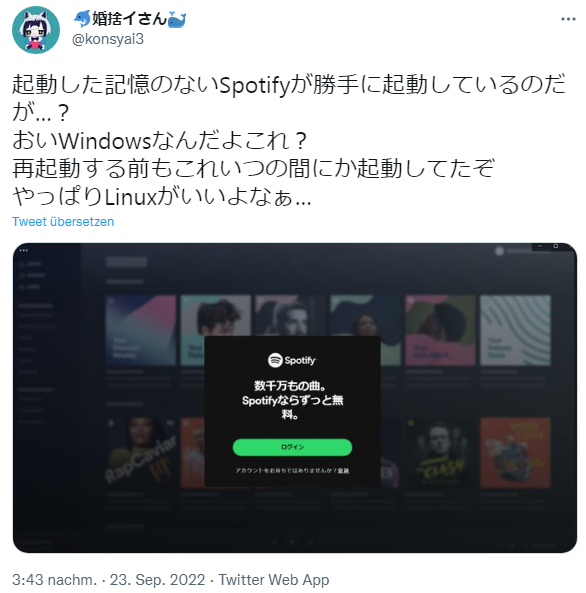 Is that normal. That means microsoft has power over my pc and can install malware and shit on it. Is it lawful?

I can provide the answer: Yes, it's normal that Microsoft puts bloatware on the users system and yes, they are allowed to do that (insiders call it a "maso fee" for using this "wonderful" product). Candy Crush Saga was virtually impossible to kill as an app on Windows 10.

Windows Lastest took up the issue in this article for Windows 11 – same crap there too. The Spotify app was installed by Microsoft without being asked (probably only on unmanaged Windows 10/11 Home/Professional versions). The comments at Windows Latest as well as on reddit.com say it all. However, it could have been an A/B test by Microsoft, since according to the discussion on Dr. Windows, not all Windows 10 or Windows 11 users got the app. Microsoft wanted to see how big the shitstorm would be.

What remains at the end of the day? Uninstall the app via the settings page, hope that it will be quiet, and continue to masochistically indulge in the escapades from Redmond – after all, you (apparently) don't treat yourself to anything else. Anyone else who has been force-fed Spotify?

PS: And the uninstallation doesn't seem to work cleanly either. In this forum post at Dr. Windows, user Iskander posted the following screenshot of the Edge browser with the sidebar open. Among other things, the Spotify app is still there as a shortcut. 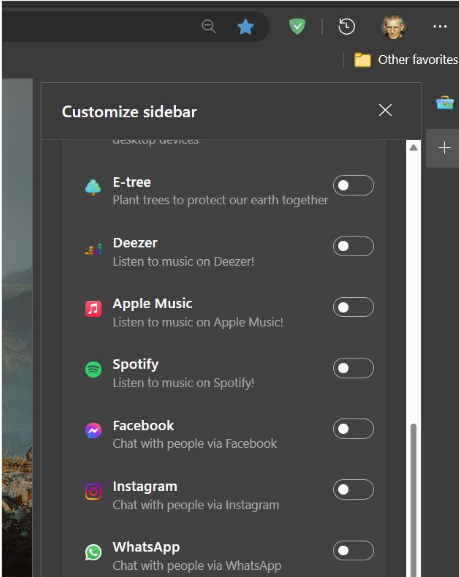 This entry was posted in issue, Windows and tagged App, Problem, Windows 10, Windows 11. Bookmark the permalink.