[German]Could there be some sort of automatic upgrade from Windows 7 SP1 to Windows 10 again? Actually, I don’t think so, but I’d like to post a recent case with the information available to me here in the blog.

First of all, I would like to point out that everything is to be regarded with extreme caution. I can’t really make any sense of it at the moment – I would rule out a fake. Here is the information that I have.

Fact is,  that support for Windows 7 SP1 will expire on January 14, 2020, after which the operating system will no longer receive security updates. Windows 7 will provide notifications of the end of support.

Only companies can purchase a paid ESU package. I had reported about this in detail here in the blog. A list of articles on this topic can be found at the end of the article.

A call for help from a blog reader

It all began with a call for help from a blog reader in this comment on the German blog post Patchday: Updates für Windows 7/8.1/Server (10. Dez. 2019). Blog reader Hannah wrote (translated):

As a result, she subsequently hid the update KB4530734 (Monthly Quality Rollup for Windows 7 SP1 and Windows Server 2008 R2 SP1).  So she did everything right. So the system would be on the newest patch level in my eyes. The statement alone, that after hiding KB4530734 the message “Your upgrade to Win 10 is ready” is displayed, did not fit into the picture at all. That’s the reason why I asked again (maybe a bit stupidly) in the answer to here comment.

Here are the Screenshots

In a direct e-mail contact, she send me screenshots at my request, which leave no doubt. It is reported that Windows 7 SP1 is ready for the upgrade to Windows 10. 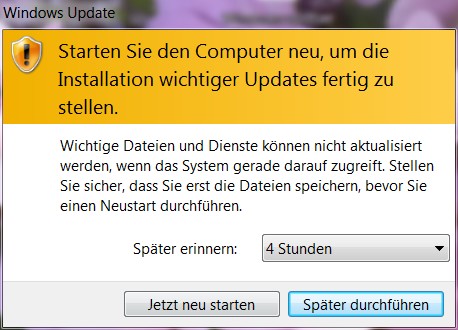 The screenshot above shows the Windows 7 restart prompt to complete the reinstallation. So far everything is fine. But the following screenshot, which the reader sent me on request, is irritating. 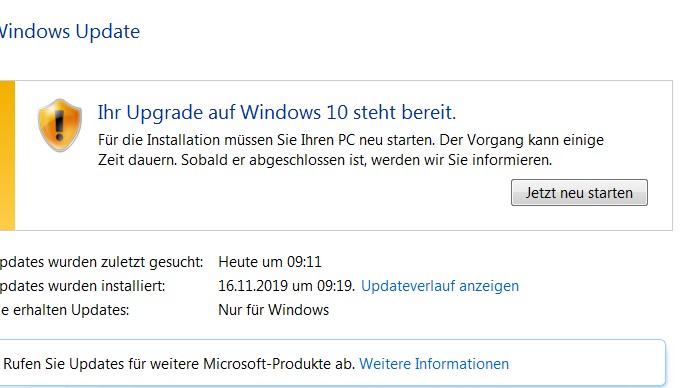 Yesterday, 12/21/2019, the last update check was done (according to the settings, only Windows updates are used- I assume that the screenshot is up-to-date). The last updates were installed on 16.11.2029 – which can be seen in the screenshot. You could have selected Show update history to display the available updates. I don’t have this list, but I doubt that it is informative.

No idea what happended

At this point, I’m standing like a fool and have no plan how the upgrade notification to Windows 10 could have come to the Windows 7 PC. I asked what had been done with the PC before and what had been installed? Hannah wrote:

[It] is Win7 per 64 bit, had since the first upgrade messages, the update function set so that I always first read on your blog and then after about 7 – 10 days only the important updates (roll up’s (?) installed. In former times I had installed something that should prevent the upgrade.

The only thing I can think of now in this context is an almost unlikely scenario. During the free upgrade phase until the end of July 2016, an upgrade offer made via the GWX app was accepted. But before this was taken up, an upgrade blocker tool was installed. This prevented the upgrade from running until now. And with the various updates this has now been kicked off again.

The following addendum from Hannah, which just reached me, does not really provide an explanation:

Hi, could there be a connection regarding the IP address  At the beginning of October I bought a new laptop with Win10, unfortunately I registered with MS, I haven’t been on the internet with my laptop since then, I wanted to deal with Win10 soon..

The IP address is mostly dynamically assigned by the provider and can change. Windows 7 does not know a Microsoft account. From there I do not get any further at this point. Hannah now sent me the following information by mail, which confirms my suspicion (incomplete old upgrade action, which got stuck)

Nobody uses the laptop except me. Years ago MS started to install Win10 without my permission, I stopped in the middle of it, MS undid everything (it took forever), then installed No Win10??? and since then I have had my peace of mind.

If my laptop can handle Win10 is the question, 6 years old Toshiba Satellit pro c870-1 dw with only 4 GB memory. Never had any problems so far.

Here is the update history of the respective machine, which does not result in anything special. 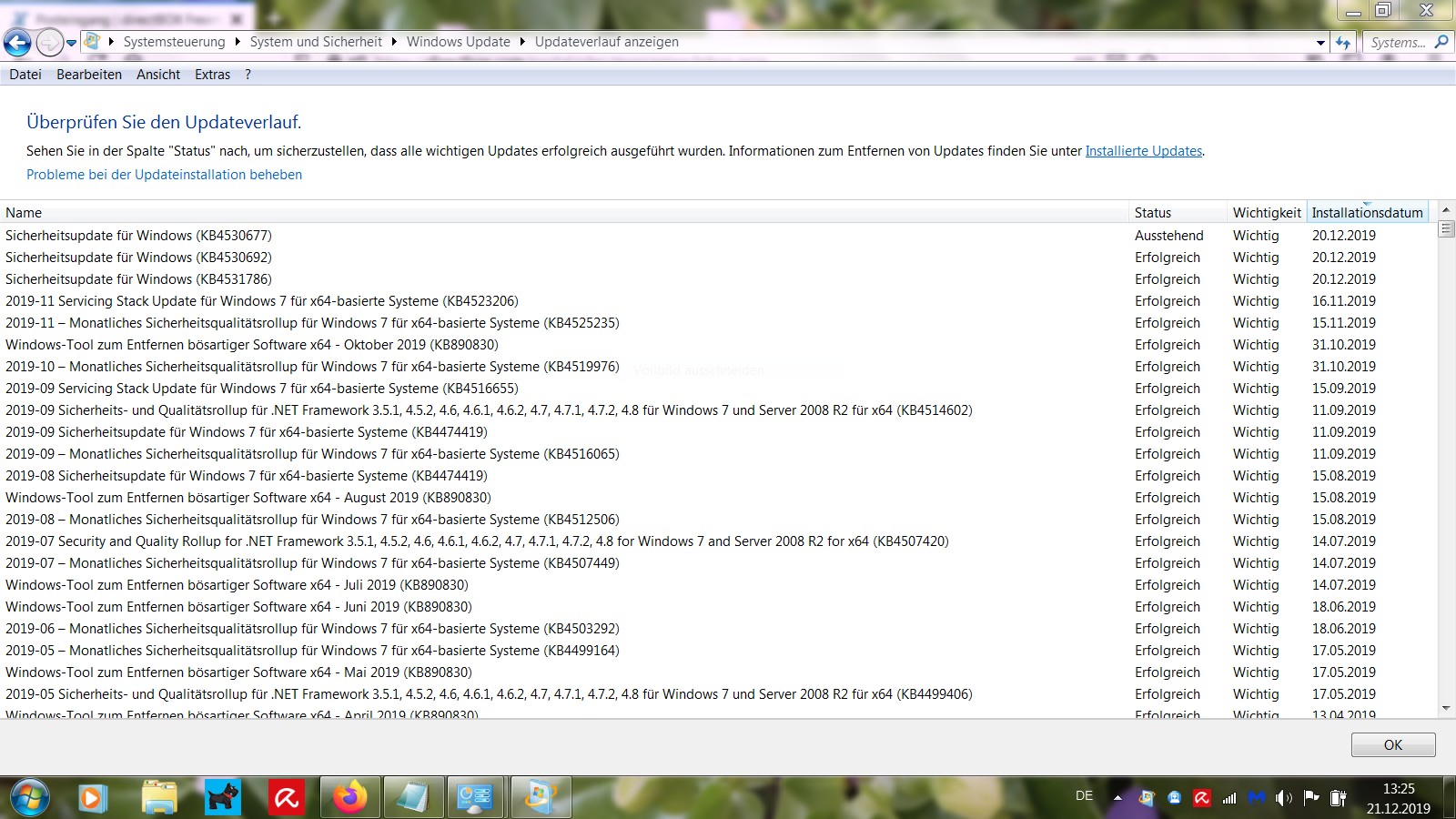 How to prevent the upgrade?

Regarding the possibility of preventing the upgrade to Windows 10, the first option would be to always put the computer into hibernation mode and reset the installation by 4 hours at a time. Concerning the question how to break the installation, I had hinted in mails that this (for laymen) is not that easy. It would be conceivable to try the system recovery.

For advanced users I’ve postet the article Fix: Windows 10 hangs in update installation loop. There I’ve discussed, how to remove updates from update store (folder SoftwareDistribution). And there is a sugestion to clean the file pending.xml. But this is nothing for inexperienced users.

I’ve been haunted by the case of a blog reader with Windows 7 SP1 Ultimate, who came forward a long time ago about a supposed forced upgrade to Windows 10. At the end of the day, it turned out that the adolescent son had accepted the GWX upgrade offer with a friend on another account (with admin privileges). Hannah mentioned, that the Win10 upgrade has been tried in 2016, but the system has been rolled back. Maybe something is left, that tries now to force an upgrade. Anyway, its strange.

This entry was posted in Update, Windows and tagged Upgrade, Windows 10, Windows 7. Bookmark the permalink.