[German]Microsoft has apparently broken the Refresh Windows Fresh-Start feature in the Windows 10 May 2020 Update (version 2004). Here is the information I could find out so far. 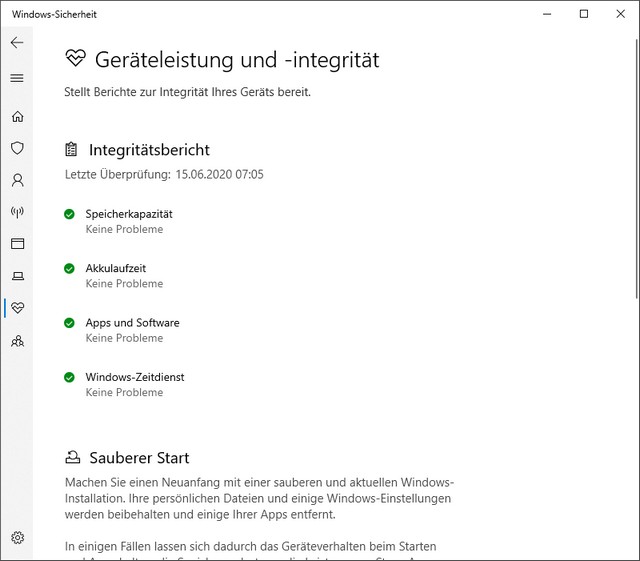 In the category Device Performance & Health should be the entry Fresh start. After clicking a button, the Fresh Start has to be confirmed in a popup. Windows 10 then goes through a cleanup process that removes all apps and programs that aren't included with the standard Windows package. The Windows installation and data are retained. This is one way to set up Windows 10 systems without third-party apps and bloatware, while retaining your data.

It is formally different from a clean reinstall from an installation image, where Windows 10 is set up completely new. Techrepublic describes this feature in this blog post from June 2017, and another post from 2018 can be found at How To Geek. Microsoft has set up the Windows 10 Start Fresh page here, where you can download a tool that promises the same process. I never used this feature myself.

Since the release of the Windows 10 May 2020 Update (Version 2004), new bugs have come to light again and again. Woody Leonhard has started to collect a list of bugs here. Some hours ago I found a note at Windows Latest that the upgrade to Windows 10 version 2004 destroys exactly this 'Fresh Start' feature, based on this post at askwoody.com. 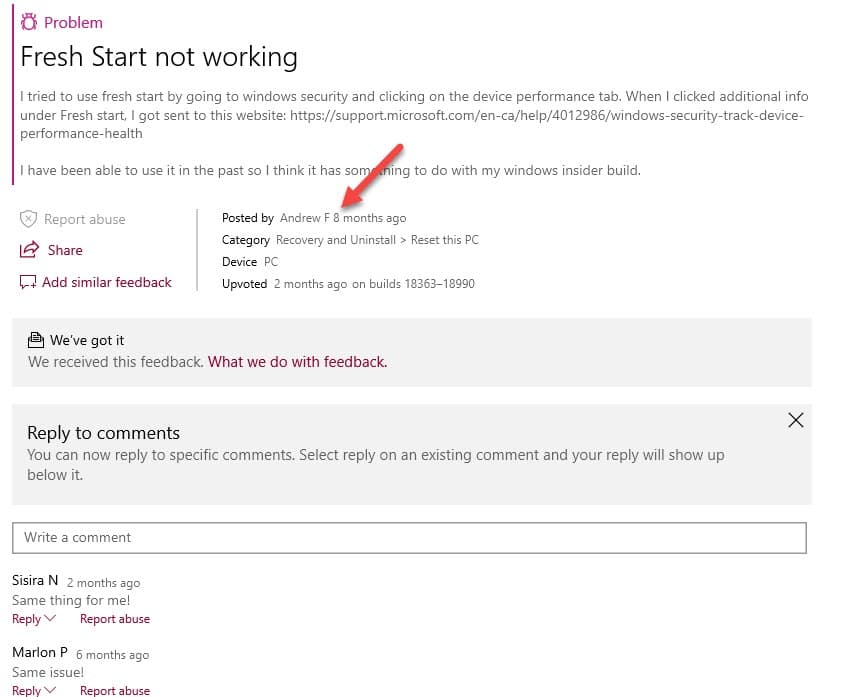 Techdows noticed, that the bug was already reported by Windows insiders (see screenshot above), but Microsoft ignored it and did not fix it in the final of Windows 10 version 2004. Techdows has collected more messages from the hub in this article.

Addendum: Bleeping Computer has covered this issue here and found that in an administrative command prompt, you can use the command systemreset.exe -cleanpc to call the feature.

Microsoft has updates this support page one day after my blog post (June 16, 2020). They write:

Fresh start is available for Windows 10 versions prior to 2004. For version 2004 and after, Fresh start functionality has been moved to Reset this PC.

They removed the button to launch the feature in Windows Security, but left the category and the explaining text without a notification, that something has moved. It's alwas the same mess: They add a new feature, talk broadly about it, and removes it silently some time later – but forget to document and clean up things. I don't see any product advantage in this Windows 10 'as a service' – the amount of collateral damages, broken updates or changed things are fairly to high for ordinary users (they like to use Windows as a foundation to do their daily work).