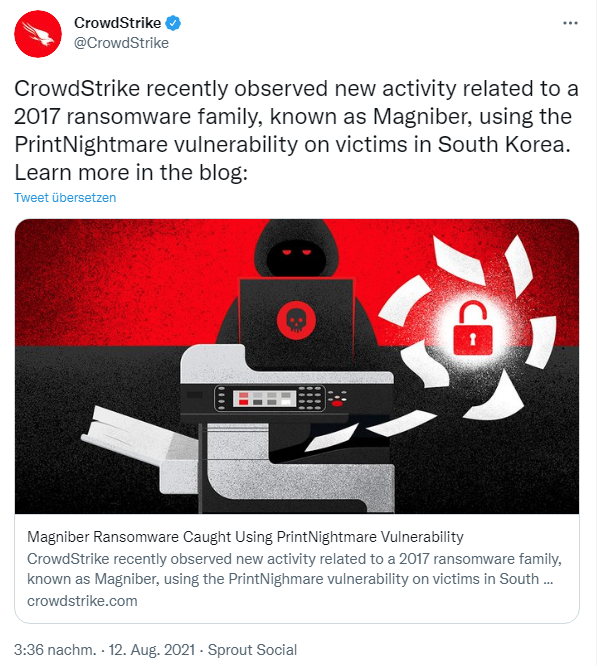 CrowdStrike security researchers recently observed new activity related to a 2017 ransomware family known as Magniber. The CrowdStrike security solution detected and prevented a malware attack on victims in South Korea on July 13, 2021. The malware attempted to exploit the PrintNightmare vulnerability on Windows Server systems. However, the security software stepped in before any encryption occurred, the company writes in this blog post.

According to the company, the CrowdStrike Falcon® platform provides multi-layered threat protection by using machine learning (on the sensor and in the cloud) and indicators of attack (IOAs) to identify malicious processes or files associated with known or unknown threats, targeting the tactics and techniques used by attackers to compromise endpoints. This strategy likely prevented the successful attack.

Then, as early as July 13, 2021, Crowdstrike was able to detect and thwart the Magniber ransomware gang's cyber attack. Knowing now that the Print Spooler service has more vulnerabilities (see Windows PrintNightmare, next round with CVE-2021-36958), it is a matter of time when the next attacks will happen.