[German]There's a lot going on with Windows 11 these days – and the new version 22H2 could be ready in the next few days. In addition, Microsoft has released the previous Windows 11 version 21H2 for broad distribution on May 17, 2022. A Windows 11 ISO file is available for download for Windows Insiders. At the same time, Microsoft is experimenting with Insiders with a new desktop search – the search box is found on the desktop – but forces users to view search results in Microsoft Edge, regardless of which browser is used as the default. Time, for an overview post around these Windows 11 issues. 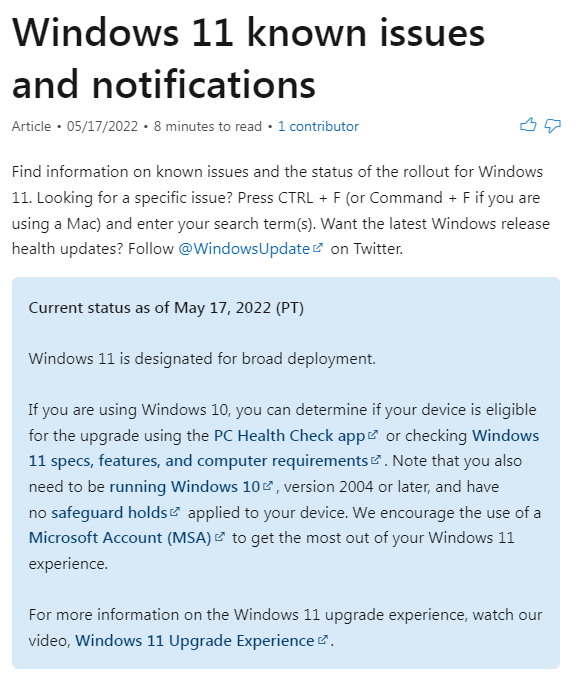 On May 17, 2022, Microsoft announced the broad distribution of Windows 11 21H2 to all compatible devices on the Windows 11 Health status page under known issues. This operating system build can now be rolled out via Windows Update and (according to Microsoft) can also be used in corporate environments.

In the last few days, rumors increased that the next version of Windows 11, the 22H2, was close to completion. I had recently seen this post, according to which the build 22621 could become the Windows 11 22H2 (Sun Valley 2). According to the following tweet from WalkingCat, this new Windows 11 version is supposed to be virtually ready on May 24, 2022 – which used to be the RTM (ready to market) status..

From this point on, Microsoft will only perform bug fixes on this development branch and should release the new version 22H2 sometime in late summer 2022 (August). The colleagues from Bleeping Computer have given an outline of new features of Windows 11 22H2 in this article. A similar outline can be found at neowin.

Microsoft feeds Windows Insiders with new builds of Windows 11 and also tests new features with these users. In addition, Windows 11 is available for download as an ISO file for this group of testers. Here is a small summary of the news.

Windows 11 ISO for insiders in the Deveploper Channel 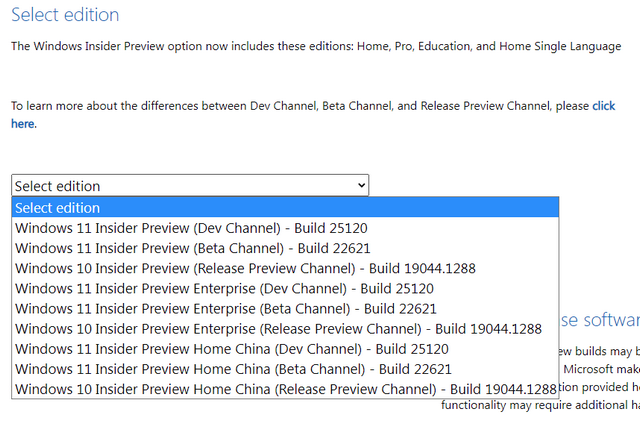 With the new Windows 11 Insider Build 25120, Microsoft also seems to be running a test with a new desktop search on Insiders. I came across the first voices about this via Twitter last night. 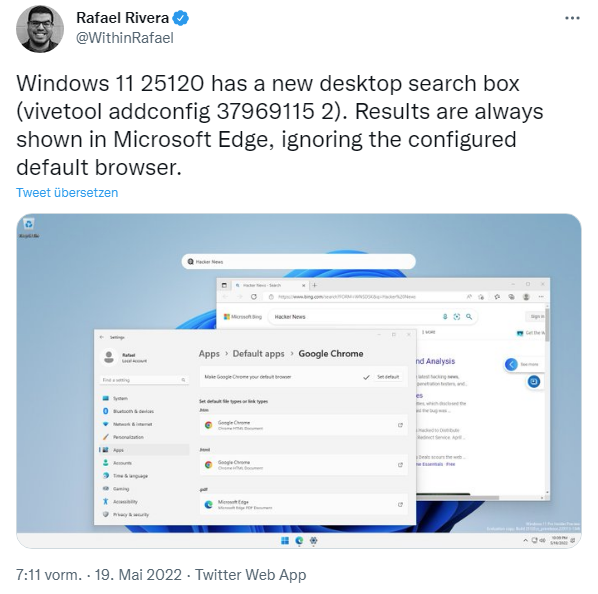 Rafael Rivera shows a screenshot of the new search box on the desktop in the above tweet. But the search results are displayed in Microsoft Edge, no matter what the default browser is set to. We already had the topic "ignoring the default browser" (Windows 11: Microsoft enforces Edge browser in several protocols, bricks EdgeDeflector). The new feature has to be configured via vivetool using the command:

Softpedia describes the new search function in this article. And here it's reported, that Microsoft improves the GUI of Windows RE (rounded windows) and of Shut Down.