[German]Microsoft has just announced that it wants to speed up the Windows 11 rollout on compatible devices. While the announcements of the past few weeks always hinted at a restrained rollout – actually, it wasn't supposed to start until 2022 – a paradigm shift is emerging. But I wonder where the compatible devices will come from and who will switch to Windows 11? Microsoft also unveiled a new Media Player app for Windows 11 Insiders.

It's an announcement dated 11/16/2021 that I found in the Windows 11 Release Health dashboard. In the Windows 11 Know Issues section, Microsoft writes, that it has consistently seen a high number of positive update experiences and user feedback for eligible devices in the early stages of the Windows 11 rollout. This was identified using Microsoft's latest machine learning model, which drives the rollout. Based on this data, it adds, Microsoft is accelerating the rollout faster than originally announced. Redmond is now making the Windows 11 upgrade more broadly available to eligible, i.e. compatible, Windows 10 devices. 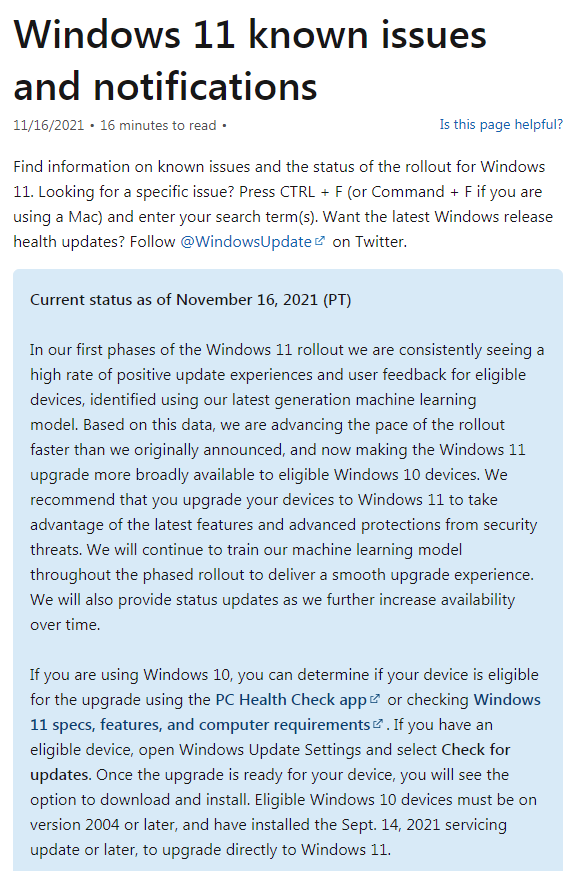 At the same time, Microsoft recommends its users to update compatible devices to Windows 11. The advantages of the latest features and the extended protection against security threats are advertised. At this point, however, I personally have problems filling this binary with life. It may be that one or the other user sees advantages in Windows 11 or feels that way. But when I look at the problems with Windows 11, I can only say: Wait until the developers have found the biggest bugs. And that Windows 11 per se should be more secure than older Windows versions, I can't understand either. But that is all a personal decision.

Microsoft then goes on to state that it will continue to train its machine learning model during the gradual rollout to ensure a smooth upgrade. The company also plans to provide status updates as Windows 11 availability expands over time.

Furthermore, Microsoft has made a new Media Player app available for Windows 11 Insiders in the Dev Channel, as I read here, among other places. This is probably the successor of the Groove Music app. 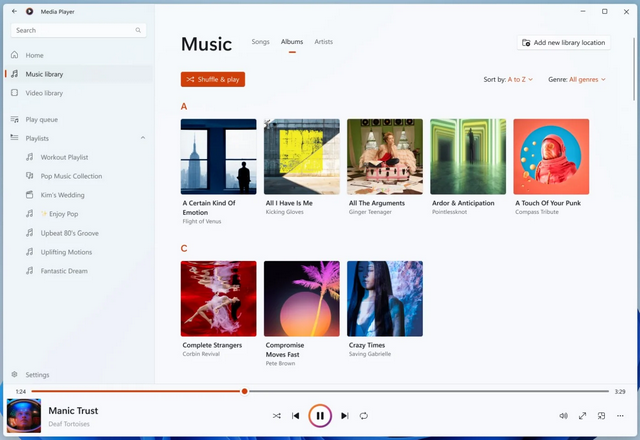 The colleagues at MSPU have a few more words to say about this app here. The screenshot above reminds me quite a bit of Windows Media Player as a desktop application. The question remains how long this app will survive and when Microsoft will pull the plug once again because they supposedly have something better.